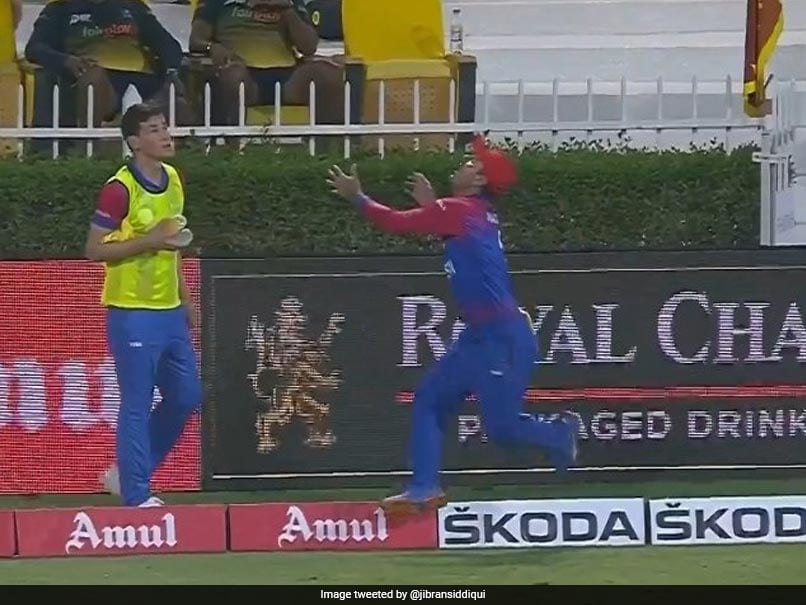 The Asia Cup Super 4 clash between Sri Lanka and Afghanistan, which was played on Saturday, will be a memorable one for many reasons. From a heated altercation between Rashid Khan and Danushka Gunathilaka to a successful run chase by Sri Lanka, the fans witnessed the high-octane action, that unfolded at the Sharjah Cricket Stadium. Apart from all this, another thing which caught everyone’s attention was a brilliant catch by Afghanistan’s Najibullah Zadran to dismiss Sri Lanka captain Dasun Shanaka.

Chasing 176, Sri Lanka were 119/3 after 14 overs, with Shanaka and Gunathilaka, standing unbeaten at the crease. In the 15th over, Shanaka played a lofted shot on Mujeeb Ur Rehman’s delivery and it was looking like an obvious boundary. But to surprise, it was Najibullah’s superb effort at the boundary line, which converted a sure-shot six into a wicket.

The excellent catch by the Afghanistan batter took the internet by storm as everyone praised him for his marvellous effort.

Coming to the match, Kusal Mendis‘ fiery start and a key lower-order knock by Bhanuka Rajapaksa powered Sri Lanka to a four-wicket win over Afghanistan in their Asia Cup Super 4 contest on Saturday.

Set 176 for victory, Sri Lanka leaned on an attacking 62-run opening stand between Pathum Nissanka (35) and Mendis (36) to achieve their target with five balls to spare at Sharjah.

Afghanistan’s bowlers got regular wickets to dent Sri Lanka’s middle-order but Rajapaksa’s 31 off 14 balls and a quickfire 16 not out from Wanindu Hasaranga helped them achieve the highest chase at the desert venue.

Sri Lanka will now be squaring off against India on September 6 for their next Super 4 encounter, while Afghanistan will be going up against Pakistan on September 7.