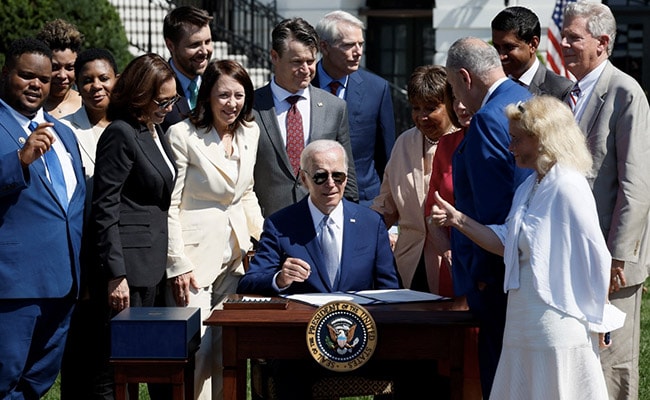 Biden signed an executive order on implementation of the $52.7 billion manufacturing subsidy.

Earlier this month, Biden signed the bill to boost efforts to make the United States more competitive with China’s science and technology efforts. By subsidizing U.S. chip manufacturing and expanding research funding, the law aims to alleviate a persistent shortage that has affected everything from cars and weapons to washing machines and video games.

The “Chips and Science” law also includes an investment tax credit for chip plants estimated to be worth $24 billion.

Commerce Secretary Gina Raimondo said the department has been preparing for months for the program.

“We are committed to a process that is transparent and fair,” Raimondo said. “We will move as swiftly as possible to deploy these funds, while also ensuring the time needed to perform due diligence.”

It is still not clear when Commerce will formally make available semiconductor chips funding for prospective applications or how long it will take to make awards.

The White House said the chips program “will include rigorous review of applications along with robust compliance and accountability requirements to ensure taxpayer funds are protected and spent wisely.”

Progressives argued the bill is a giveaway to profitable chips companies that previously closed U.S. plants, but Biden argued earlier “this law is not handing out blank checks to companies.”