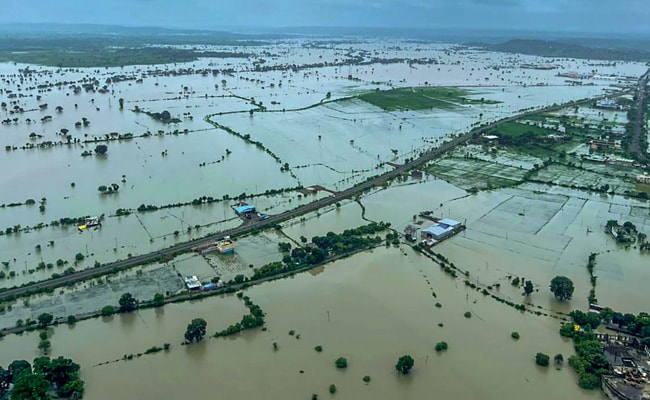 The incident occurred in Betul in Madhya Pradesh. (Representational)

As heavy rains lashed parts of Madhya Pradesh blocking several roads, a man was forced to cross a river on a bullock cart to take his ailing wife to the hospital.

The incident occurred in Betul in Madhya Pradesh.

Dayaram Danve said he was forced to take the risk as heavy rains had blocked roads. Although the river flow was particularly strong, the couple somehow managed to cross over. Danve’s wife Sukhmati is currently being treated at the district hospital.

Dr Ranu Verma said Sukhmati was critical and under medical care. “Extreme vomiting has caused an adverse impact on her kidneys. We are monitoring her, but so far no improvement can be seen, and her situation is extremely critical.” Dr Verma said.

“Sukhmani has been suffering from stomach ache and has been vomiting since last Friday. Here, the main road was blocked due to the overflow from the Bhaji river. So, I was compelled to take her in a bullock cart through the river, along with my brother and sister. If the flow had been stronger, we all could have drowned,” Mr Danve said.

He said that they were able to reach the hospital after much difficulty. However, the ordeal not ended as Sukhmati is still quite unwell and being administered glucose through intravenous infusion.

“After somehow crossing the river, the hospital was around a kilometre away on the road. Initially, we admitted her to Chicholi hospital, where she was administered 3 bottles of glucose. On Friday evening we were referred to the district hospital where around 20 bottles have been given to her, but there is still no improvement,” said Mr Danve.