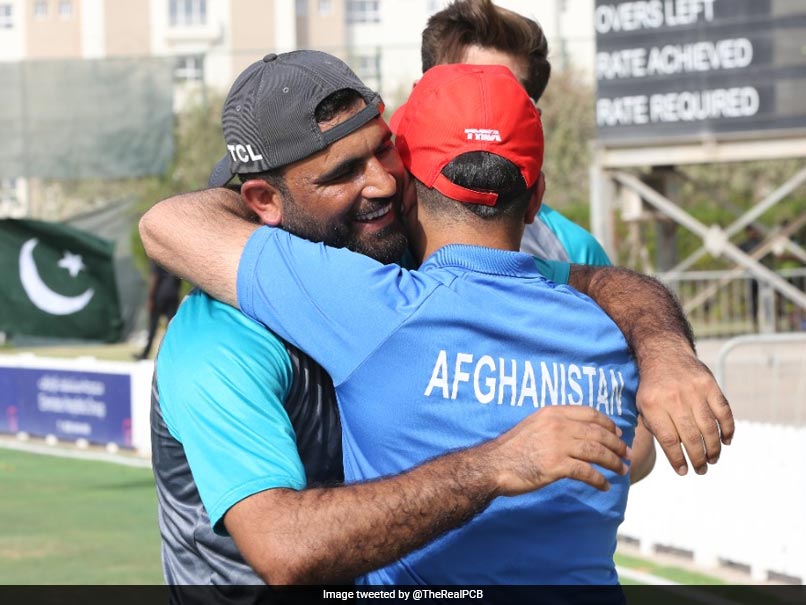 They might be contesting soon for the continental crown of Asia Cup champions but there was no dearth of mutual respect and camaraderie when Pakistani players met with the stars from Afghanistan in the UAE. All the teams have reached the middle-east for the tournament and the players from the two countries greeted each other with smiles, handshakes and warm embraces.

Afghanistan stars Rashid Khan and Mohammad Nabi met with the likes of Mohammad Rizwan, Haris Sohail, Shaheen Shah Afridi and others on Wednesday and there were happy scenes all around.

Even the BCCI had put up a video on Wednesday of Virat Kohli shaking hands with Pakistan captain Babar Azam.

Afghanistan are expected to be a tough side to beat in the tournament and they will be looking at their T20 stars to deliver in the big tournament and take them to their first major final.

Many cricket pundits believe the Afghans can cause an upset or two in the tournament and the traditional powerhouses India and Pakistan and a young Sri Lankan team should be wary of the skillful Afghans.