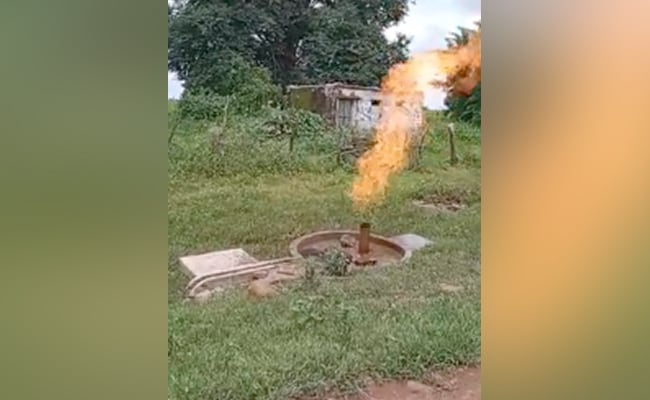 The video was recorded by locals

Residents in a Madhya Pradesh’s village were in for a shock when one of the common hand pumps began to spew fire along with water.

Visuals of the hand pump at Kachhar village spewing flames and water are doing the rounds on social media. Kachhar is located 10 kilometres from the Bakswaha panchayat in the Chhatarpur district. The officials, in the area, have been informed about the unusual sighting.

The video, recorded by locals, shows the hand pump spitting out both water and flames at once much to the bewilderment of onlookers. It was also shared on Twitter with a note that translates to, “Fire and water coming out of a hand pump. Location – Kachchar village of Bakswaha, Madhya Pradesh.”

Hand pump spewing fire and water in Kachhar village, Buxwaha,Villagers have informed the concerned officials.Local administration is sending a team to spot @ndtv@ndtvindiapic.twitter.com/CWKK2Gz2lE

In 2020, a Madhya Pradesh farmer who lodged a complaint about a defective hand pump through the Chief Minister’s helpline received a far from appropriate response from the Public Health Engineering Department. The farmer from Rahavali village in Bhind district received the response, which among other things, said: “Complainant is crazy, the hand pump will be fixed on his chest.”