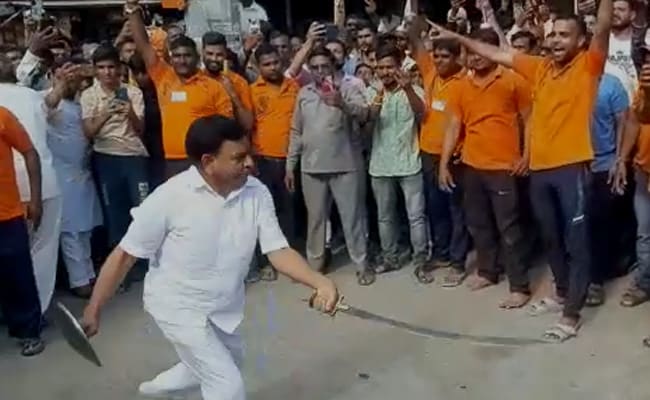 Madhya Pradesh Finance Minister Jagdish Dewda channelled his inner warrior as he showcased an elaborate repertoire of movements with a sword and a shield in hand.

The 65-year-old Minister can be seen performing with the sword at famous Baba Ramdev fair in his native Malhargarh town of Mandsaur district on Monday.

Amid the beating of drums and whooping by the crowd, some dressed in saffron T-shirts, the Minister, dressed in all whites, pirouettes, leaps, turns around, all the while displaying his sword fighting skills.

He ends the acrobatic performance with a flourish and a bow and a big big smile on his face.