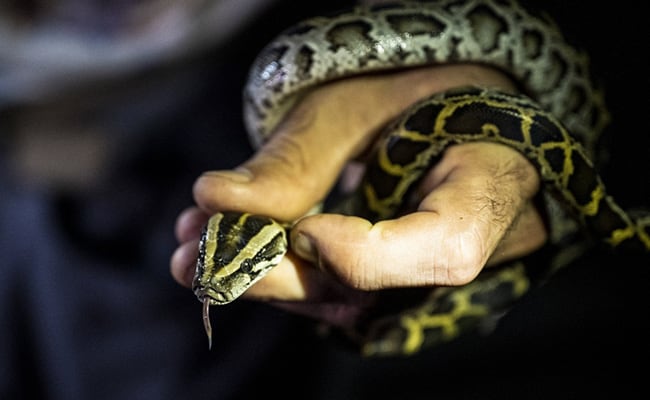 Three of the reptiles were dead. (Representational image)

A man who hid snakes and lizards in his trousers as he tried to sneak them into the United States as part of a $750,000 reptile smuggling enterprise faces decades in prison, officials said Wednesday.

Jose Manuel Perez masterminded the six-year scheme from his home in southern California, which involved bringing 1,700 animals into the United States from Mexico and Hong Kong.

In a plea deal with the Department of Justice, Perez acknowledged that he had paid mules to transport some of his illicit cargo, and at other times had made border crossings himself.

The animals that he netted, which included Yucatan box turtles, Mexican box turtles, baby crocodiles and Mexican beaded lizards, were sold to clients across the country for upwards of $739,000, documents show.

His downfall came in March when he tried to drive from Mexico with 60 creatures secreted around his groin and in other parts of his clothing.

After initially telling customs officers he was transporting his pet lizards in his pockets, he was found to have 60 reptiles on him.

They included arboreal alligator lizards and Isthmian dwarf boas, a kind of snake that changes color and whose defense mechanisms include bleeding from its eyes.

Three of the reptiles were dead.

Perez, who admitted two counts of smuggling, each of which carries up to 20 years in prison, and one of wildlife trafficking, which carries a maximum five-year jail term, will be sentenced on December 1.