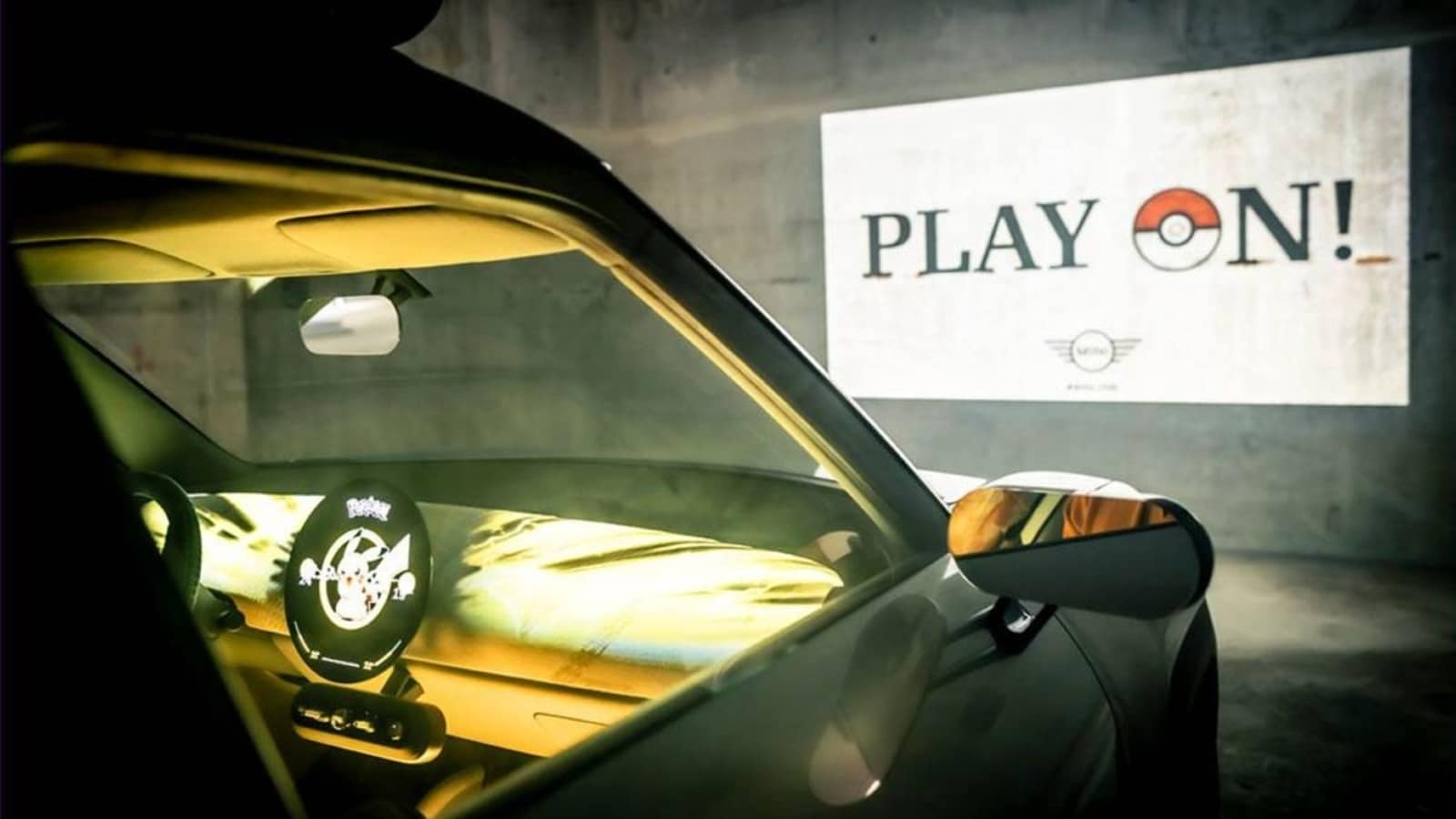 Mini has collaborated with Pokemon for developing a special edition concept car that allows you to plug in your gaming console.

Pokemon got its own TV show, comics, cards and even a virtual reality mobile game. Now, there is a Pokemon themed car that has some special tricks up its sleeves. The latest collaboration sees Pokemon and Mini coming together with a special edition concept Mini hatchback, called the Aceman concept. The Aceman concept was announced earlier this year and Mini has now added a new “Pokemon mode”. When that is activated, everyone’s beloved Pikachu takes over the entire dashboard.

In a short video shared by Mini, the car shown looks no different than the standard concept car. However, with a single touch, the car’s “Pokemon mode” gets activated and the Pikachu character takes over the entire dashboard. The car also uses the onboard external projectors to showcase the Pokemon characters on the wall while you and your friends can sit inside and just look at the pictures of these characters. But there’s another trick this car can do.

Mini doesn’t say what gaming consoles are supported, although we assume one could plug in their Sony PlayStation 5, Microsoft Xbox Series X/S, Nintendo Switch, and possibly most consoles having an HDMI port. Can hardcore gamers connect their gaming laptops to the car for a quick session of Forza Horizon 5 while their weight for someone? Mini has some questions to answer.

Sadly, this is just a concept at the moment and Mini hasn’t expressed intentions to make this a reality. However, there is actually a car in production that has a gaming console built in. It is called the Tesla Model S Plaid and was shown off to run games like The Witcher 3 and Cyberpunk 2077 in good graphical settings. With EVs popularising the idea of big displays in cars, could we expect to see the upcoming Ola Electric car to allow something similar?