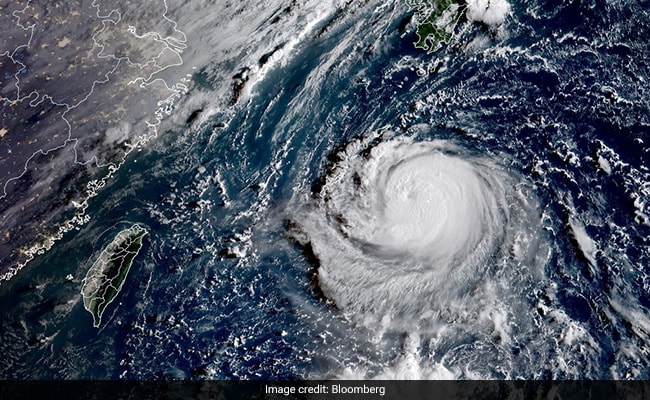 The US JTWC forecasts that the super typhoon will lose some of its strength over the coming days.

Super Typhoon Hinnamnor is currently packing sustained winds of about 160 miles (257 kilometers) per hour and has gusts over 195 miles per hour, according to the US Joint Typhoon Warning Center. The maximum significant wave height is 50 feet (15 meters).

Hinnamnor would be the strongest storm of 2022 based on the maximum sustained wind speed recorded at this point, according to an official at the Japan Meteorological Agency.

The Hong Kong Observatory said at 10 a.m the typhoon was centered about 230 kilometres east of Japan’s Okinawa and is forecast to move west-southwest at about 22 kilometers per hour toward the Ryukyu Islands.

The US JTWC forecasts that the meandering super typhoon will lose some of its strength over the coming days.

Things are somewhat quieter over in the Atlantic, where a sustained period of calm is putting the area between Africa and the Caribbean, known as Hurricane Alley, on course for its quietest August – typically the start of the hurricane season’s most active phase – in 25 years.

The expanse of ocean has only had two stormless Augusts in more than seven decades of record keeping — one in 1961 and the other in 1997, said Phil Klotzbach, lead author of Colorado State University’s seasonal storm forecast.