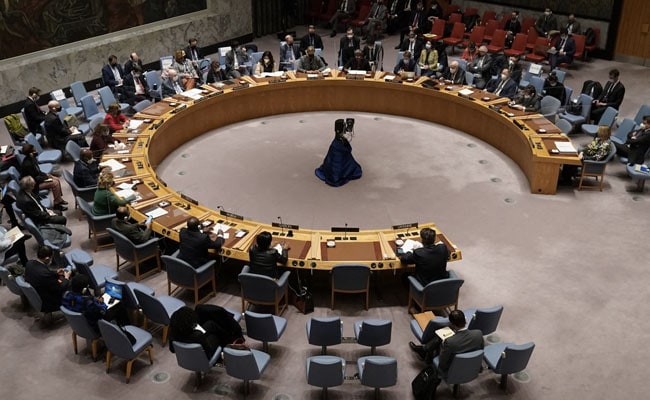 Russia on Friday prevented the adoption of a joint declaration following a four-week UN conference on a nuclear disarmament treaty, with Moscow denouncing what it said were “political” aspects of the text.

The Nuclear Non-Proliferation Treaty (NPT), which 191 signatories review every five years, aims to prevent the spread of nuclear weapons, promote complete disarmament and promote cooperation in the peaceful use of nuclear energy.

The nations have been gathered at UN headquarters in New York since August 1 participating in a month of negotiations, including a final session that was postponed for several hours on Friday.

In the end, the conference’s president, Gustavo Zlauvinen of Argentina, said it was “not in a position to achieve agreement” after Russia took issue with the text.

“Our delegation has one key objection on some paragraphs which are blatantly political in nature,” he said, adding that Russia was not the only country to take issue with the text.

According to sources close to the negotiations, Russia was opposed in particular to paragraphs concerning the Ukrainian nuclear power plant in Zaporizhzhia, which is occupied by the Russian military.

The latest draft text had expressed “grave concern” over military activities around Ukrainian power plants, including Zaporizhzhia, as well as over Ukraine’s loss of control of such sites and the negative impact on safety.

The signatories discussed a number of other hot-button topics during the conference, including Iran’s nuclear program and North Korean nuclear tests.

At the last review conference in 2015, the parties were also unable to reach an agreement on substantive issues.

At the opening of this year’s conference, UN Secretary-General Antonio Guterres warned that the world faced “a nuclear danger not seen since the height of the Cold War.”

“Today, humanity is just one misunderstanding, one miscalculation away from nuclear annihilation,” Guterres said.