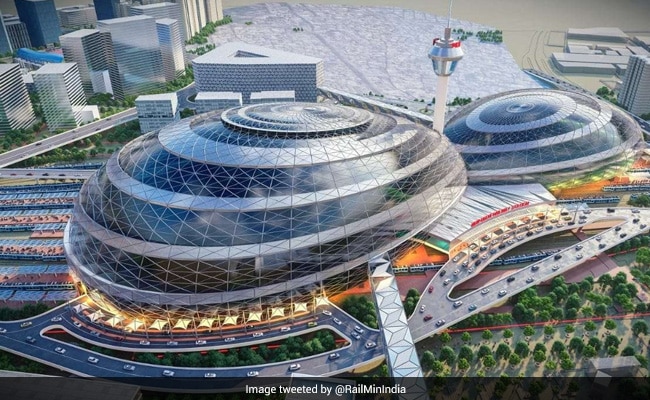 The Ministry of Railways today shared pictures of how the redeveloped New Delhi station would look like, drawing mixed reviews from Twitter users.

While the pictures of the state-of-the-art model garnered over 17,000 likes within hours of being shared, many comments said Railways is busy working on appearances instead of addressing pressing issues like train delays and accidents.

The ministry shared two pictures of the redevelopment model. The pictures showed two dome-like structures with a futuristic design. Ample use of glass can be seen on the buildings, and several flyovers have been proposed for easy access to and from the station. In one of the pictures, a foot overbridge can be seen for the movement of pedestrians to the platforms.

The project plan has also proposed ample greenery in the area.

Many in the comments pointed to challenges in implementing the plan as it would require acquiring vast areas of land. Others pointed out that the buildings with a glass exterior are not practical for Delhi’s scorching summers.

This looks great but seems like 2050 plan looking at the amount of land acquisition / development this requires and the potential hurdles with current occupants right outside NDLS on Paharganj side.

Some users also accused the ministry of neglecting stations in rural areas and Opposition-ruled states.

New Delhi railway station is the busiest station in the national capital. With 16 platforms, it witnesses a movement of over 2 lakh passengers daily.