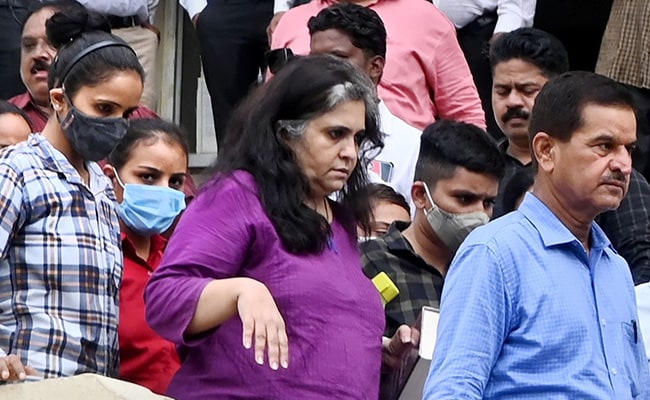 Senior Congress leader and Rajya Sabha Member of Parliament (MP) P Chidambaram on Saturday praised the Supreme Court’s decision to grant interim bail to activist Teesta Setalvad in the 2002 Gujarat riots cases and called her “a courageous fighter for justice.”

In another tweet, the Congress leader citing the statement of the former Justice took a dig at the centre.

“Justice BN Srikrishna, a distinguished former judge, said yesterday: if I were to stand in a public square and say I don’t like the Prime Minister, somebody might raid me, arrest me, throw me in jail without giving me any reason,” P Chidambaram said.

“That is the state of the law and the administration of justice in India today, even as we celebrate 75 years of independence,” he added.

Earlier on Friday, the Supreme Court granted interim bail to activist Teesta Setalvad in a case in which she was arrested for allegedly fabricating documents to frame innocent people in the 2002 Gujarat riots cases.

The Supreme Court directed Teesta Setalvad to surrender her passport till the matter is considered by the High Court.

A bench of Chief Justice UU Lalit, Justice S Ravindra Bhat and Justice Sudhanshu Dhulia said that in its view Teesta Setalvad is entitled to release on interim bail.

“In our view, the appellant (Setalvad) is entitled to the release on interim bail… We are not considering whether Setalvad is released on bail or not and High Court shall decide the same. We are only on during the pendency of the such application, should the custody of the appellant be insisted upon or be granted interim bail. We have considered the matter only from the standpoint of interim bail… Thus, we grant Teesta Setalvad interim bail,” the bench stated in its order.

It added, “The entire matter on merits shall be considered by the High Court independently and uninfluenced by any observations made by this court. It is clarified that the order passed considering facts including that she is a lady and shall not be used by other accused and submissions of other accused be considered purely on their merits.”

The order of the court came on a plea of Teesta Setalvad seeking interim bail. She has approached the Supreme Court against the August 3 order of the Gujarat High Court which issued notice to the Special Investigation Team (SIT) seeking its response to bail applications filed by Setalvad and former Gujarat Director General of Police (DGP) RB Sreekumar and posted the hearing on September 19.

Solicitor General Tushar Mehta appearing for Gujarat produced orders passed by High Courts in which long dates were given saying that Teesta Setalvad was not singled out and this has been the uniform practice in High Court in similar cases.

Solicitor General argued that there is sufficient material apart from FIR pointing towards the involvement of Teesta Setalvad in the offences alleged.