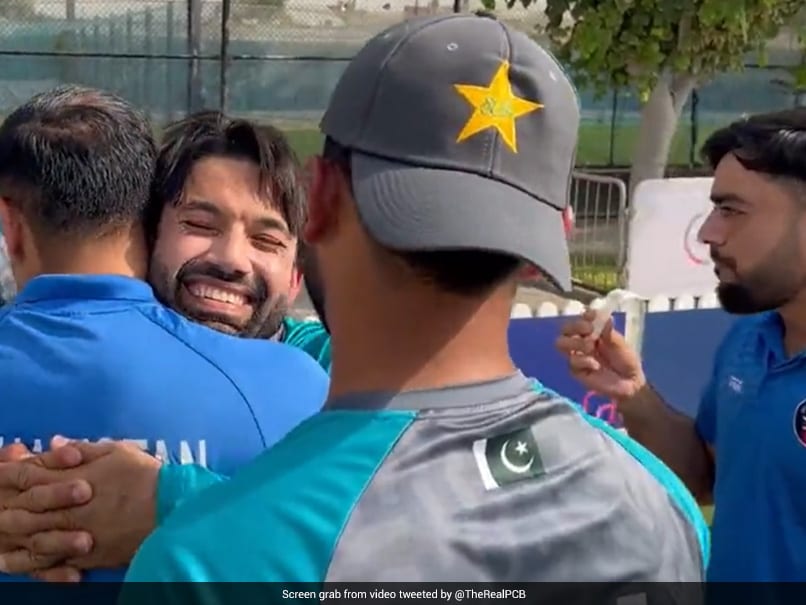 Pakistan and Afghanistan players on Wednesday exchanged greetings ahead of the Asia Cup, starting in the UAE from August 27. Afghanistan will take on Sri Lanka, the hosts, in the first match of the tournament at the Dubai International Cricket Stadium on Saturday. Pakistan, on the other hand, will face off against arch-rivals India in their opening match on Sunday, August 28 in Dubai. In a video shared by the Pakistan Cricket Board (PCB), players from both camps can be seen exchanging greetings.

The video features players like Rashid Khan, Mohammad Nabi having a banter with Pakistan players, including Mohammad Rizwan and Shaheen Shah Afridi.

Pakistan and Afghanistan players exchange greetings in Dubai ahead of the #AsiaCup2022#BackTheBoysInGreen pic.twitter.com/qd3wwceNq1

In a huge blow to Pakistan, star pacer Shaheen was ruled out of the Asia Cup last week. He had suffered a right knee ligament injury while fielding during the first Test against Sri Lanka in Galle.

Shaheen, however, will be with the Pakistan team in the UAE to continue his rehab. He was also part of Pakistan’s squad for their ongoing ODI series in the Netherlands, but did not play the first two matches.

“Shaheen Shah Afridi has been advised 4-6 weeks rest by the PCB Medical Advisory Committee and independent specialists following latest scans and reports. This means Shaheen has been ruled out of the ACC T20 Asia Cup and home series against England,” the Pakistan board said in its statement.

The 22-year-old has been replaced by right-arm pacer Mohammad Hasnain.