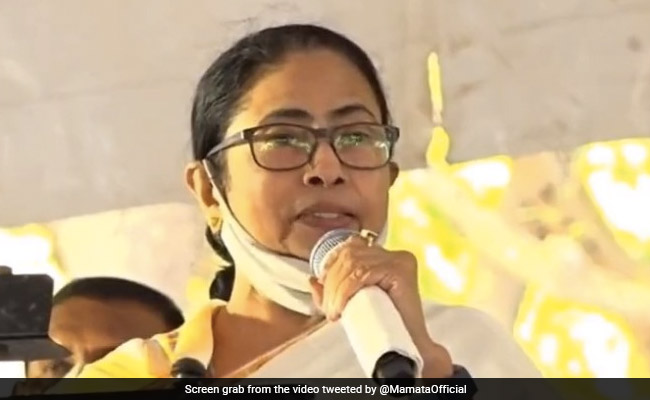 Mamata Banerjee made the statement while addressing a rally in Kolkata. (File)

West Bengal Chief Minister Mamata Banerjee on Monday asserted that ousting the BJP from power at the Centre in 2024 will be her “last fight”.

The 67-year-old feisty Trinamool boss, however, did not clarify her remark.

“The BJP has to be defeated in the 2024 Lok Sabha polls. The fight for Delhi to oust the saffron party from power at the Centre will be my last. I promise to oust the BJP from power,” she said while addressing a rally.

Without giving further clarification, she said, “The BJP has to be defeated at any cost.” “Saving West Bengal is our first fight. I promise we will remove the BJP from power at the Centre in 2024. If you try to intimidate us, we will respond,” Ms Banerjee said.

Mamata Banerjee, while referring to former prime minister Rajiv Gandhi losing elections in 1989 despite winning more than 400 seats in 1984, said, “Everybody has to taste defeat. Indira Gandhi was a strong political leader, but she had also tasted defeat. The BJP has around 300 MPs, but Bihar is gone, and more will follow. Ahead of elections, they will sit with zero leaders,” she said.

The opposition BJP, while reacting to Ms Banerjee’s “last fight” remark, wondered whether the Trinamool Congress supremo would “hang her boots after the Lok Sabha polls”.

“She should clearly say whether she would hang her boots after the 2024 Lok Sabha polls. It’s a foregone conclusion that the BJP would return to power for the third consecutive term,” BJP spokesperson Samik Bhattacharya said.