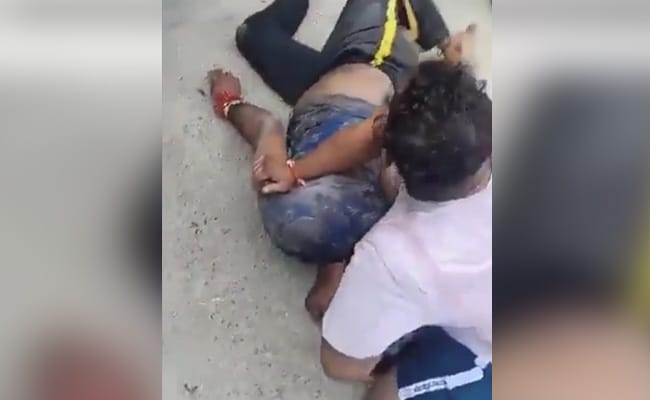 31-year-old Sunil Gunni was beaten to death in public in Delhi’s Sanjay Basti.

A man who went to avenge the murder of his brother was himself beaten to death in public by the murder accused in Delhi’s Timarpur area on August 13. Police have identified the victim as 31-year-old Sunil Gunni. Five people were arrested within 24 hours of the crime.

The brutality came to light after a video of the lynching went viral on social media.

While Sunil himself was a murder convict, police said those arrested also had several criminal cases registered against them. Confirming the incident, Sagar Singh Kalsi, the Deputy Commissioner of Delhi Police, North, said the accused had beaten Sunil’s brother to death on August 12. When Sunil went to avenge his brother’s murder the next day, he was beaten to death by Rahul, Ajay, Mukesh and their associates.

A senior police official said a police team was rushed to the spot after they received a call about the incident. Police were initially told that a fight had broken out between Sunil and Rahul, Ajay, Mukesh and their companions. According to eye-witnesses, Sunil was brutally thrashed before all the accused ran away. The victim was taken to a nearby hospital in critical condition, where he later died.

According to sources, Sunil went with a sickle to attack Rahul, Ajay, Mukesh and the others, who were involved in his brother’s murder. However, the sickle was snatched from Sunil and he was thrashed with sticks and rods by the accused.