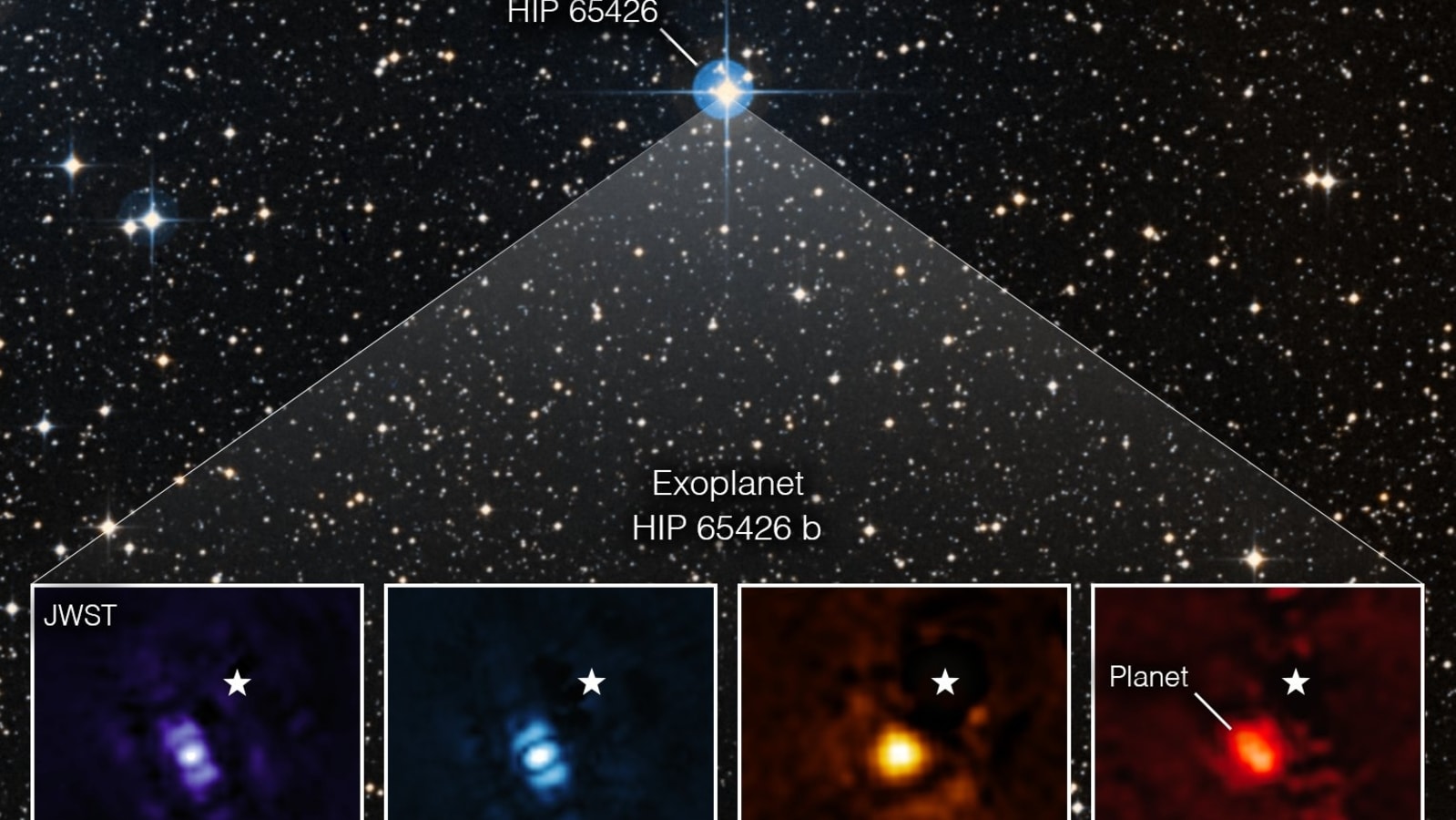 NASA’s James Webb Space Telescope captures 1st-ever direct image of a planet (HIP 65426 b) outside our solar system. Here is all you need to know.

According to the information provided, the gas giant named HIP 65426 b is about 6-12 times the mass of Jupiter. It is young as planets go- about 15 to 20 million years old, compared to our 4.5 billion year old Earth. “The image, as seen through four different light filters, shows how Webb’s powerful infrared gaze can easily capture worlds beyond our solar system, pointing the way to future observations that will reveal more information than ever before about exoplanets,” NASA said in a blog post.

Each of Webb’s 4 views is at a different wavelength of infrared light. The white star is the location of the host star. Its light is blocked by Webb’s coronagraphs, or tiny masks. The bar shapes in the NIRCam views are artifacts of the telescope optics, not physical objects.

Astronomers discovered the planet in 2017 using the SPHERE instrument on the European Southern Observatory’s Very Large Telescope in Chile and took images of it using short infrared wavelengths of light. Webb’s view, at longer infrared wavelengths, reveals new details that ground-based telescopes would not be able to detect because of the intrinsic infrared glow of Earth’s atmosphere.

“Researchers have been analyzing the data from these observations and are preparing a paper they will submit to journals for peer review. But Webb’s first capture of an exoplanet already hints at future possibilities for studying distant worlds,” the blog post read.

Also, since HIP 65426 b is about 100 times farther from its host star than Earth is from the Sun, it is sufficiently distant from the star that Webb can easily separate the planet from the star in the image. Taking direct images of exoplanets is challenging because stars are so much brighter than planets. The HIP 65426 b planet is more than 10,000 times fainter than its host star in the near-infrared, and a few thousand times fainter in the mid-infrared.

In each filter image, the planet appears as a slightly differently shaped blob of light. That is because of the particulars of Webb’s optical system and how it translates light through the different optics.