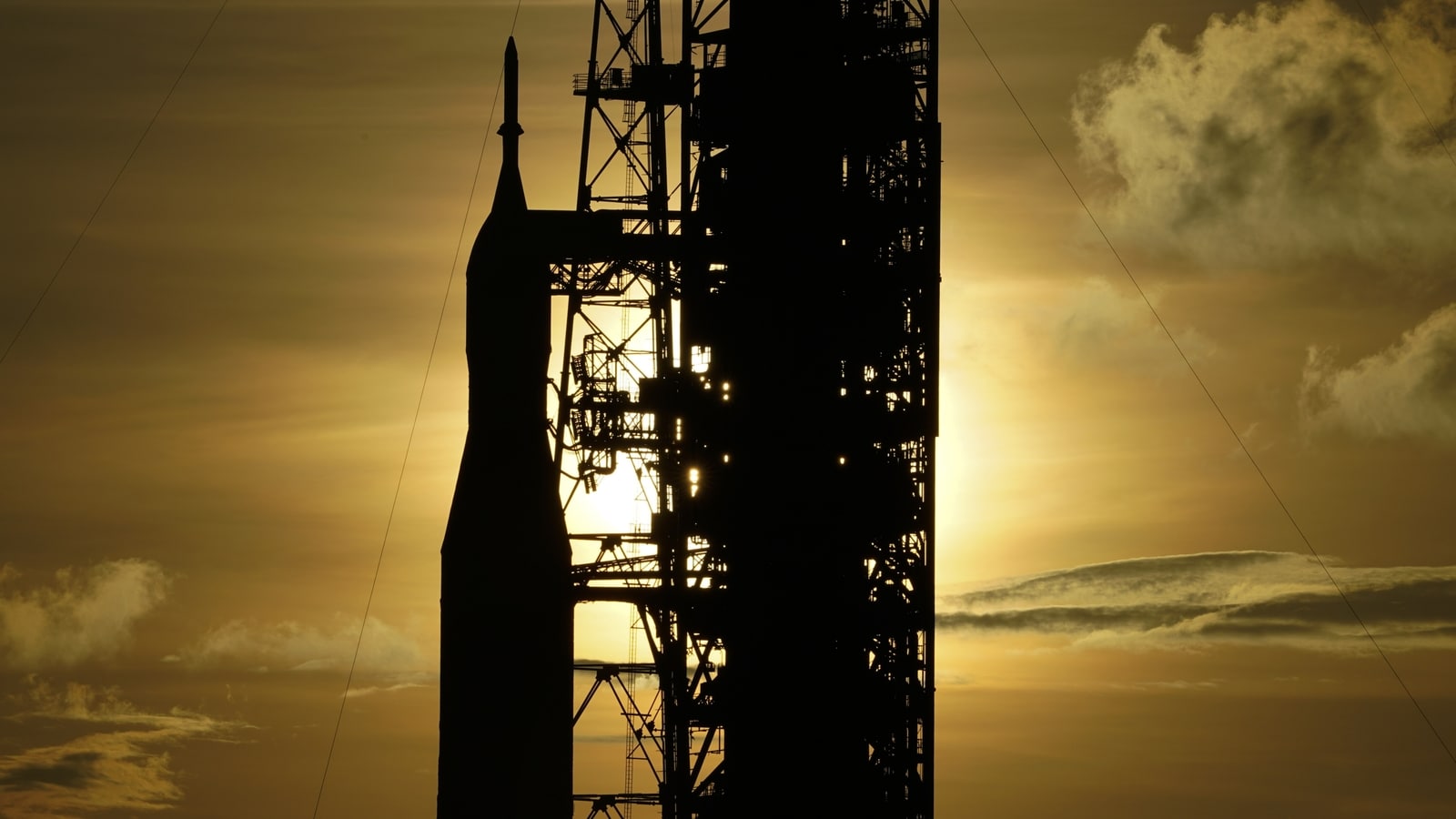 The meticulously choreographed NASA Artemis 1 mission to the moon should yield spectacular images as well as valuable scientific data.

NASA’s Artemis 1 mission is a 42-day voyage beyond the far side of the Moon and back. The meticulously choreographed uncrewed flight should yield spectacular images as well as valuable scientific data.

The giant Space Launch System rocket will make its maiden flight from Launch Complex 39B at Kennedy Space Center in Florida.

Its four RS-25 engines, with two white boosters on either side, will produce 8.8 million pounds (39 meganewtons) of thrust — 15 percent more than the Apollo program’s Saturn V rocket.

After two minutes, the thrusters will fall back into the Atlantic Ocean.

After eight minutes, the core stage, orange in color, will fall away in turn, leaving the Orion crew capsule attached to the interim cryogenic propulsion stage.

This stage will circle the Earth once, put Orion on course for the Moon, and drop away around 90 minutes after takeoff.

All that remains is Orion, which will fly astronauts in the future and is powered by a service module built by the European Space Agency.

It will take several days to reach the Moon, flying around 60 miles (100 kilometers) at closest approach.

The capsule will fire its engines to get to a distant retrograde orbit (DRO) 40,000 miles beyond the Moon, a distance record for a spacecraft rated to carry humans.

“Distant” relates to high altitude, while “retrograde” refers to the fact Orion will go around the Moon the opposite direction to the Moon’s orbit around the Earth.

DRO is a stable orbit because objects are balanced between the gravitational pulls of two large masses.

After passing by the Moon to take advantage of its gravitational assistance, Orion will begin the return journey.

The mission’s primary objective is to test the capsule’s heat shield, the largest ever built, 16 feet (five meters) in diameter.

On its return to the Earth’s atmosphere, it will have to withstand a speed of 25,000 miles per hour and a temperature of 5,000 degrees Fahrenheit (2,760 degrees Celsius).

Slowed by a series of parachutes until it is traveling at less than 20 miles per hour, Orion will splashdown off the coast of San Diego in the Pacific.

Divers will attach cables to tow it in a few hours to a US Navy ship. – The crew – The capsule will carry a mannequin called “Moonikin Campos,” named after a legendary NASA engineer who saved Apollo 13, in the commander’s seat, wearing the agency’s brand new uniform.

Campos will be equipped with sensors to record acceleration and vibrations, and will also be accompanied by two other dummies: Helga and Zohar, who are made of materials designed to mimic bones and organs.

One will wear a radiation vest while the other won’t, to test the impacts of the radiation in deep space.

What will we see?

Several on-board cameras will make it possible to follow the entire journey from multiple angles, including from the point of view of a passenger in the capsule.

Cameras at the end of the solar panels will take selfies of the craft with the Moon and Earth in the background.

It is an improved version of Amazon’s Alexa voice assistant, which will be requested from the control center to adjust the light in the capsule, or to read flight data.

The idea is to make life easier for astronauts in the future.

In addition, a payload of 10 CubeSats, shoebox-sized microsatellites, will be deployed by the rocket’s upper stage.

They have numerous goals: studying an asteroid, examining the effect of radiation on living organisms, searching for water on the Moon.

These projects, carried out independently by international companies or researchers, take advantage of the rare opportunity of a launch into deep space.