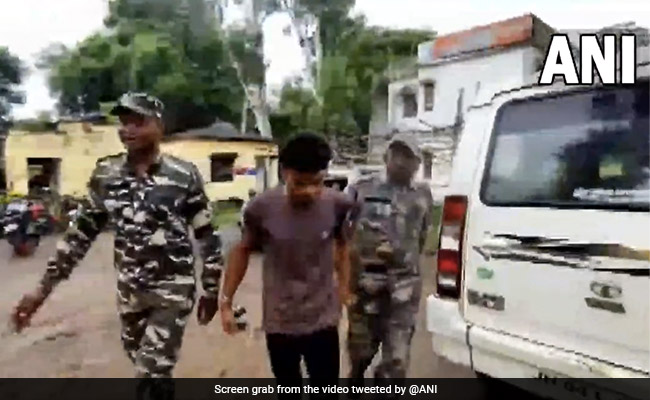 Jharkhand: The accused, identified as Shahrukh, has been arrested, police said.

A woman, who was allegedly set on fire by a person after she apparently did not reciprocate to his overtures in Jharkhand’s Dumka district, succumbed to her burn injuries in the early hours on Sunday, police said.

The 19-year-old woman, a student of Class 12, had been first admitted to Phulo Jhano Medical College and Hospital in Dumka in critical condition with 90 per cent burns. Later, she was referred to Ranchi’s Rajendra Institute of Medical Science (RIMS) for better treatment, the police said.

“The woman succumbed to burn injuries during treatment at RIMS, Ranchi, around 2.30 am on Sunday. Her body will be brought to Dumka after the post-mortem examination,” Dumka town police station in-charge Nitish Kumar told PTI.

The accused, identified as Shahrukh, has already been arrested, he said.

The incident happened in Dumka town when the woman was fast asleep at her home on Tuesday morning.

“Shahrukh allegedly poured petrol on the woman from a window and set her on fire. The accused is a construction worker,” Mr Kumar had told PTI.

According to the statement given to an executive magistrate, the woman had said that the accused called her on her mobile around 10 days back pestering her to become his friend.

“He called me again around 8 pm on Monday and told me that he would kill me if I did not talk to him. I informed my father about the threat after which he assured me that he would talk to the man’s family on Tuesday. After having our dinner, we went to sleep. I was sleeping in another room.

“On Tuesday morning, I experienced a sensation of pain on my back and could smell something burning. I found him running away when I opened my eyes. I started screaming in pain and went to my father’s room. My parents doused the fire and took me to the hospital,” the woman had spoken with great difficulty while the police recorded her statement.