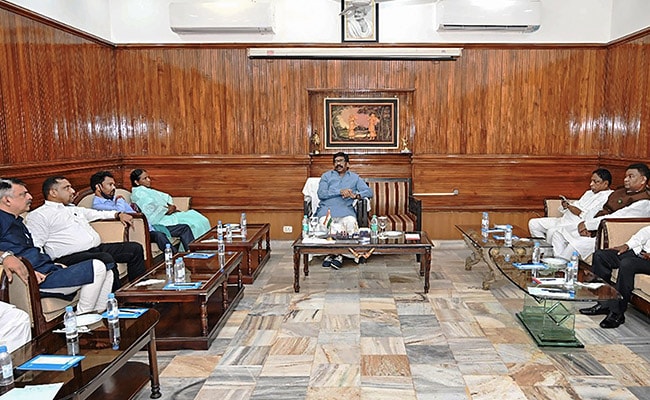 Jharkhand Governor Ramesh Bais is likely to send the order of disqualification of Chief Minister Hemant Soren as an MLA to the Election Commission of India today, Raj Bhavan sources said.

Members of the state’s ruling coalition will gather for the third round of meeting in the morning at the Chief Minister’s residence in the midst of intense speculation about the political fate of Hemant Soren, whose assembly membership hangs in balance over a mining lease case.

“The governor will sign the disqualification order today and it will be sent to the ECI,” a Raj Bhavan source told Press Trust of India.

According to news agency PTI, sources in the Governor’s official residence had on Thursday claimed that the Election Commission has recommended Hemant Soren’s disqualification as an MLA for violating electoral norms by extending a mining lease to himself, but there has been no official confirmation yet.

The legislators of the ruling JMM-Congress-RJD coalition, who had held marathon meetings on Friday morning and evening, will again meet around 11 am today to chalk out further strategies.

Sources in the ruling alliance told Press Trust of India that strategies were being chalked out to ensure there was no threat to the government.

Insiders in the Congress, a crucial ally in the JMM-led ruling coalition, had said that “ring-fencing” of MLAs by parking them in a resort in a “friendly state” such as West Bengal, Bihar or Chhattisgarh is being considered as an option to prevent legislator poaching by the BJP.

However, they said a decision on the future course of action can be taken once the governor communicates to them the Election Commission’s opinion on the possible disqualification of Hemant Soren as an MLA.

Mr Soren, who was in Latehar on Friday to attend a programme, lashed out at the Centre for “unleashing” all constitutional agencies to “de-stabilise a democratically elected government”.

He later tweeted, “The Centre has unleashed all agencies on me after I asked for legitimate Rs 1.36 lakh crore dues which are pending to the state. When they saw that they cannot harm me, they are trying to harass ‘Guruji’ (Shibu Soren), who is in a certain age bracket, to get to me.”

The clause states that “a person shall be disqualified if, and for so long as, there subsists a contract entered into by him in the course of his trade or business with the appropriate government for the supply of goods to, or for the execution of any works undertaken by, that government”.

Jharkhand’s ruling coalition has 49 MLAs in the 81-member Assembly.

The Jharkhand Mukti Morcha, the largest party, has 30 MLAs, the Congress 18 legislators, and the RJD one. The main opposition BJP has 26 MLAs in the House.

The coalition partners had on Thursday claimed that there was no threat to the government.

The Jharkhand Mukti Morcha had exuded confidence that Hemant Soren will remain the Chief Minister for full term till 2024.