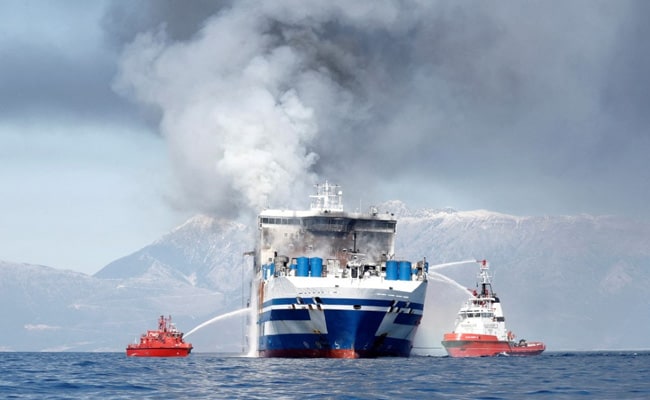 The authorities said that the fire was on the car deck. (Representational)

A large rescue operation was under way off the Swedish coast on Monday where a car ferry with 300 people on board was on fire, Swedish maritime authorities said.

“There is a fire on the car deck,” Swedish Maritime Administration spokesman Jonas Franzen told AFP, adding that three helicopters and seven vessels had been dispatched to the scene and an evacuation of the ship had begun.

There were no immediate reports of injuries and the cause of the fire was not yet known.

“The fire is under control,” another spokeswoman, Lisa Mjorning, told AFP.

The ship, the Stena Scandica, was located off the island of Gotska Sandon off Sweden’s southeastern coast.