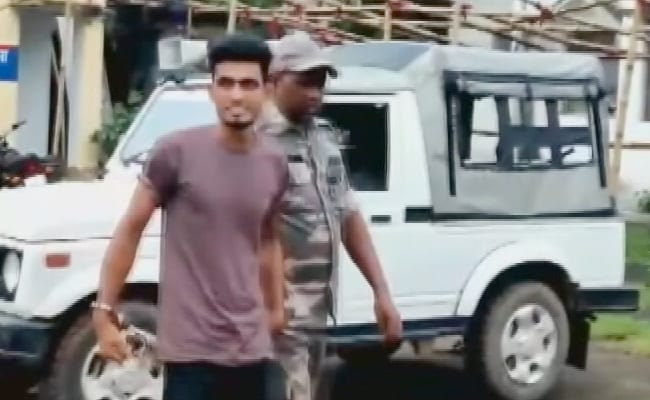 Chief Minister Hemant Soren announced Rs 10 lakh as monetary compensation for the family of the victim.

Prohibitory orders have been put in place in Jharkhand’s Dumka following massive protests over the death of a class 12 girl who was set on fire by her alleged stalker because she rejected his romantic advances. The case has turned political because the victim and the accused are from different communities. Opposition BJP has slammed the Chief Minister for “neglecting” women’s safety.

The state has said the case will be fast-tracked. Chief Minister Hemant Soren announced that a top cop (Additional Director General of Police level) will supervise the case; he also announced Rs 10 lakh as monetary compensation for the family of the victim.

The victim, who succumbed to injuries after being set ablaze by the accused named Shahrukh for allegedly turning down his proposal, was cremated on Monday morning.

She was attacked on August 23.

In her dying declaration, she named the accused and one other person “chotu”. The two threw petrol at her from outside the window while she was asleep and set he ablaze, she said, adding that her entire body except her face got burnt.

Police are interrogating another accused Chhotu Khan alias Naeem, who is in custody. The police said that the situation is normal and under control.

According to the statement given to an executive magistrate, the victim had said that the accused called her on her mobile around 10 days back, pestering her to become his friend.

“He called me again around 8 pm on Monday and told me that he would kill me if I did not talk to him. I informed my father about the threat, after which he assured me that he would talk to the man’s family on Tuesday. After having our dinner, we went to sleep. I was sleeping in another room. On Tuesday morning, I experienced a sensation of pain on my back and could smell something burning. I found him running away when I opened my eyes. I started screaming in pain and went to my father’s room. My parents doused the fire and took me to the hospital,” the victim said in her police statement.

Meanwhile, a video of the accused smirking in police custody has surfaced online, triggering uproar. Social media users have expressed shock and anger, saying he doesn’t seem to show any remorse.

Chief Minister Hemant Soren said, “Such people should not be forgiven, they should be given the strictest of punishments. Laws should be brought in to further strengthen the existing laws for such incidents.”

“A lot of evil acts are being seen in society. This incident is heart-wrenching, and the law is taking its course. The accused has been arrested. It is our effort to see that he is punished at the earliest,” Mr Soren added.