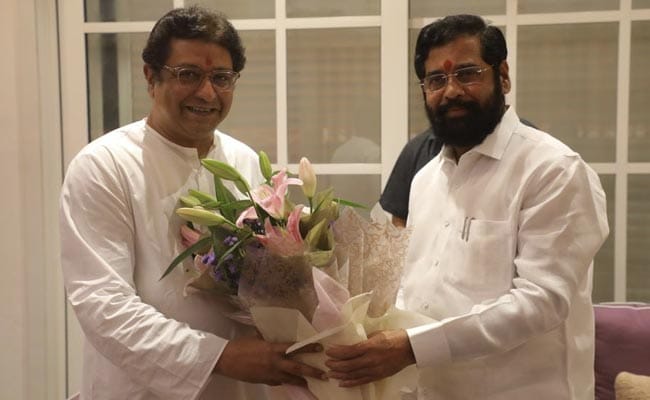 While an official said that Eknath Shinde called on Raj Thackeray on the occasion of Ganesh festival, the meeting led to speculation as it came ahead of the crucial civic polls in Mumbai.

The MNS chief, who has been at loggerheads with his cousin and Shiv Sena chief Uddhav Thackeray for long, had met BJP leaders last month, leading to a buzz that the saffron party may form a tie-up with the Maharashtra Navnirman Sena for the Mumbai polls.

The BJP is currently in alliance with the Shinde-led faction of the Shiv Sena.