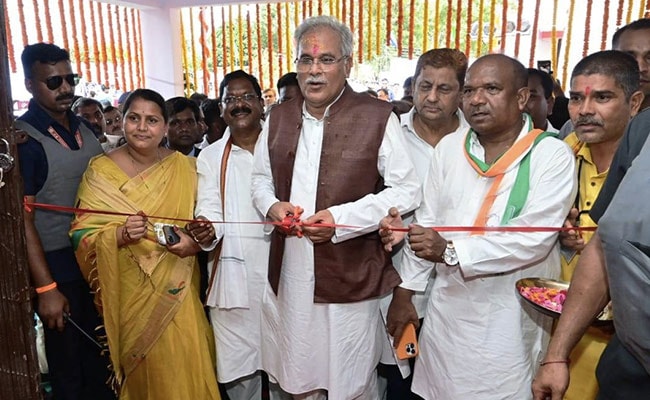 It is a significant achievement for the state to form three new districts in two days, the Chhattisgarh government said.

During the inauguration of Sarangarh-Bilaigarh and Khairagarh-Chhuikhadan-Gandai, Mr Baghel also gifted the residents of these two districts development work worth over Rs 931 crore.

Mr Baghel had earlier said insurgency has been plaguing Mohla-Manpur-Ambagarh Chowki for a long time.

The formation of a separate district will offer new opportunities for development in health, education and connectivity, he said.

The formation of the new districts is expected not only to benefit the common people but also to lead to rapid development in these areas. Implementing public welfare schemes in remote zones will become easier, the government said.