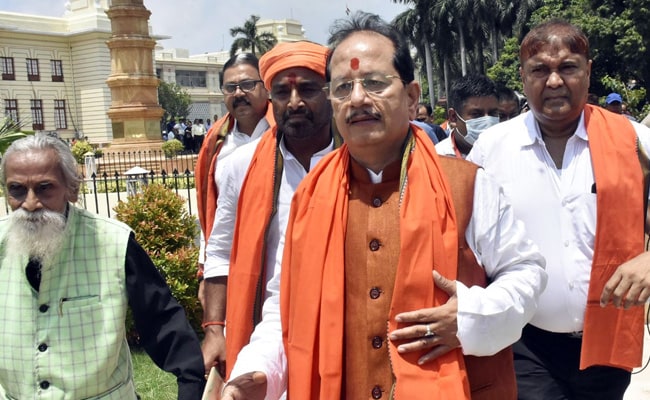 Earlier Proceedings of the Legislative Assembly were adjourned till 2 pm.

A floor test to prove the majority of Chief Minister Nitish Kumar-led government began in the Bihar Legislative Assembly on Wednesday.

Earlier Proceedings of the Legislative Assembly were adjourned till 2 pm.

Notably, Bharatiya Janta Party’s Vijay Kumar Sinha today resigned as the Speaker of the Bihar Assembly ahead of a floor test to prove the majority of the ‘Mahagathbandhan’ alliance government led by the chief minister Nitish Kumar.

Mr Sinha’s resignation came after a no-confidence motion against him was moved by the MLAs of the ruling coalition.

Mr Sinha had earlier said the notice for the motion, received at the Vidhan Sabha secretariat was unclear and did not follow the rules and regulations.

“I would like to tell you that your no-confidence motion is unclear. Eight of the nine letters, which were received were not as per rule,” said Mr Sinha.

He also said that casting allegations on the Chair would send out a negative message to the public. “The Chair is ‘Panch Parmeshwar’. What message do you want to give by casting suspicions on the Chair? People will make a decision,” the BJP leader said addressing the House.