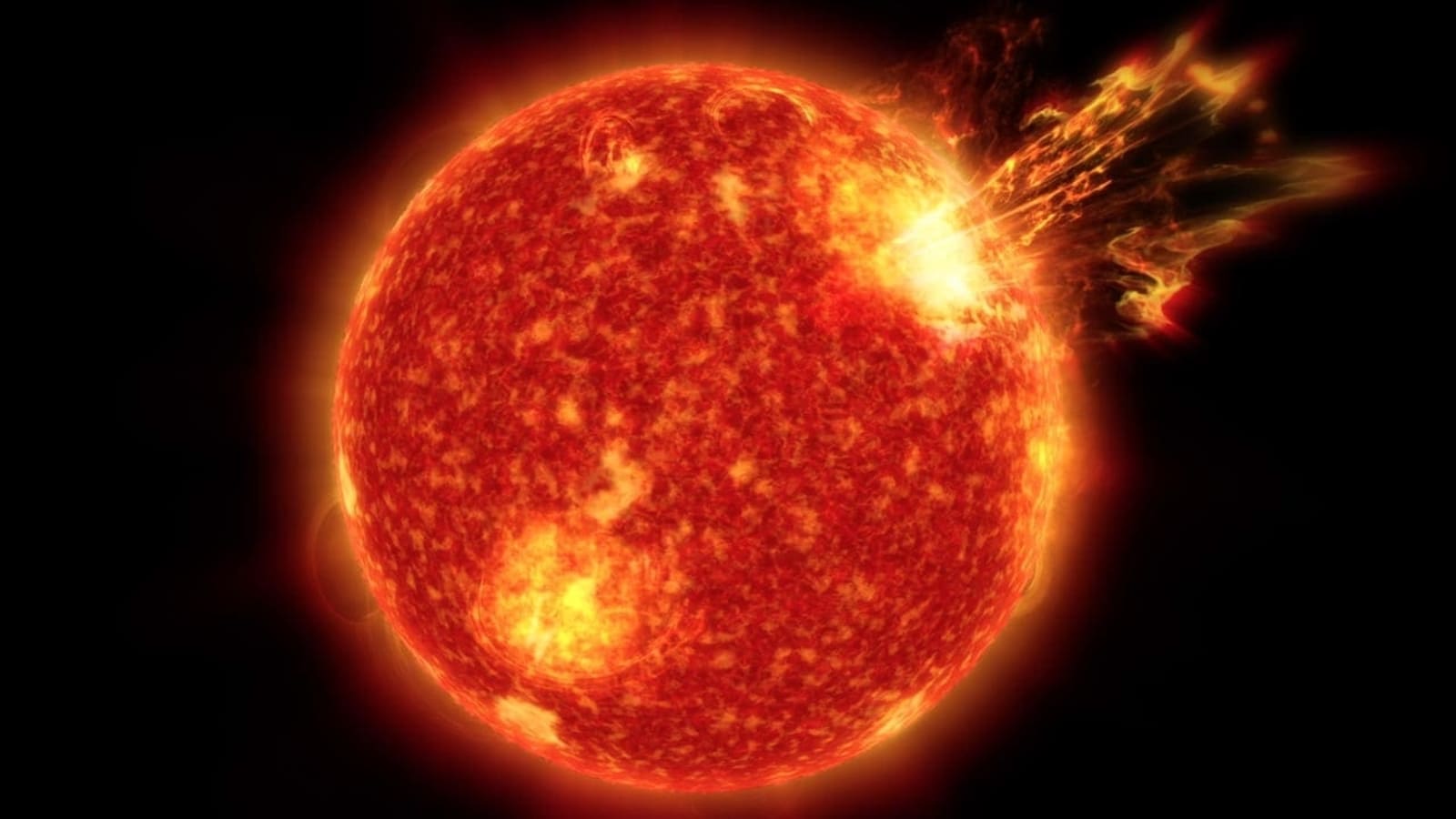 As many as three solar flares were emitted by the Sun in the past couple of days, causing blackouts, GPS crashes, auroras and more.

Our Sun is in the middle of its 11-year solar cycle, resulting in increased solar activity. Earth has faced numerous solar flares these past few months and more are expected as the Sun moves ahead in its cycle. As many as three solar flares have been observed being emitted from the Sun in the past couple of days.

According to spaceweather.com, three solar flares were detected emitting from the Sun between August 27 and August 29. A powerful M8-class flare was emitted on Monday, August 29 at 7:07 a.m. EDT. M-class solar flares can cause blackouts, GPS crashes on the negative side and on the positive side, some fascinating auroras on the poles.

When a solar flare hits the Earth, the radio communications and the power grid is affected. It can cause power and radio blackouts for several hours or even days. However, electricity grid problems occur only if the solar flare is extremely strong.

A similar M4-class solar flare was also observed emitting from the Sun on August 28. The flare was emitted from the Sunspot AR3088. According to spaceweather.com, “The glancing blow could spark G1-class geomagnetic storms starting on the 28th and stretching into Aug. 29.” A minor solar storm was also predicted to hit Earth on Monday.

Stunning auroras were visible in the Northern Hemisphere as far as Scotland and Alberta, skywatchers reported on Twitter.

Auroras form as a result of these solar storms too. Sar flares interact with the Earth’s magnetic field to cause the formation of Geomagnetic storms. Geomagnetic storms are often the precursor to stunning streaks of green light across the sky known as Northern Lights or Aurora Borealis.

The frequency of solar flares is set to increase in the coming years as the Sun reaches the peak of its solar cycle, likely to be around 2025.