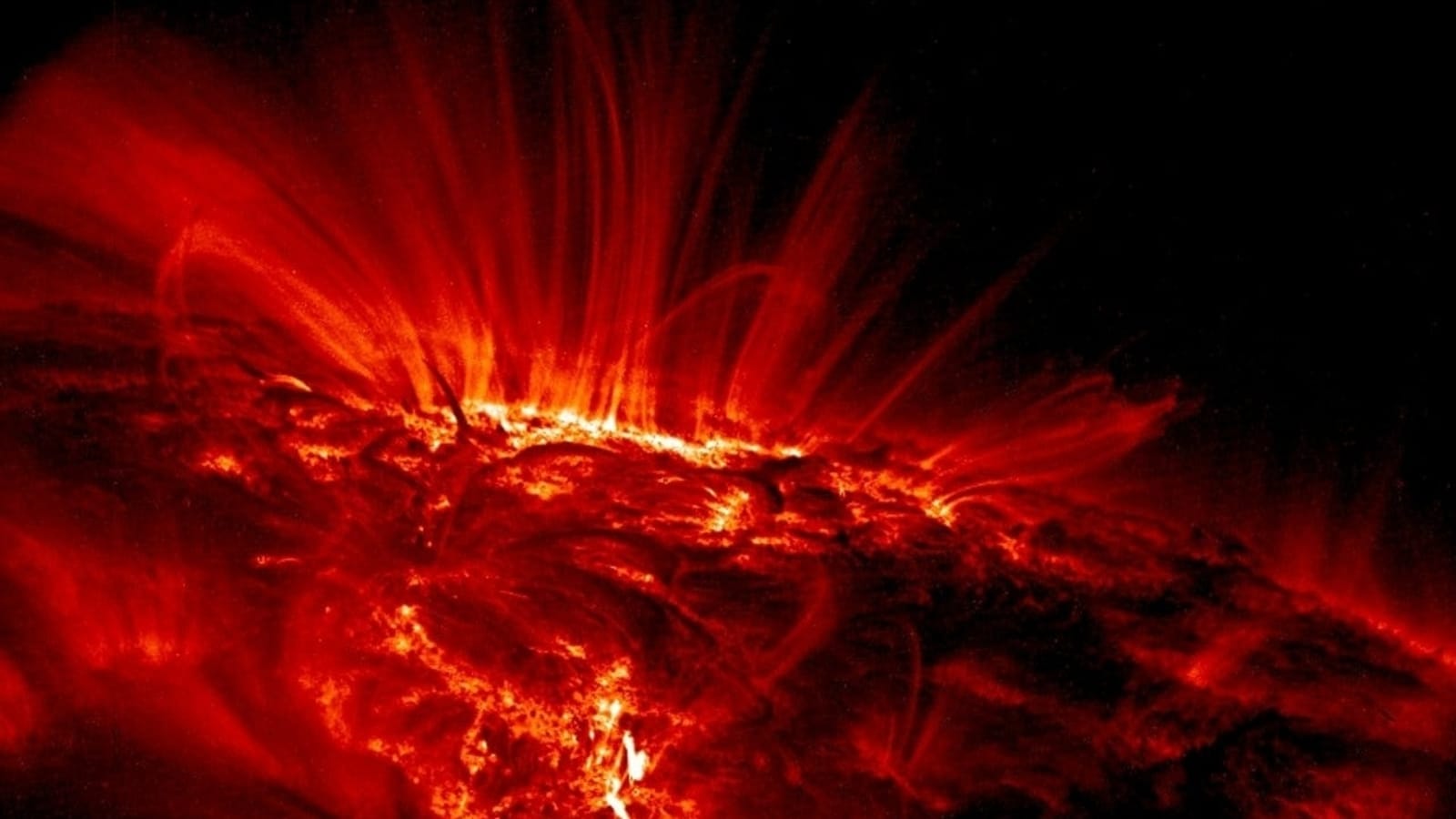 NASA has informed that in just a week, as many as 17 coronal mass ejections (CME), 19 solar flares and 11 sunspots have been observed. Here is all you need to know.

The Sun seems to be in a fiery and angry mood! According to the information provided by NASA, the week starting from August 15 to August 21 saw as many as 17 coronal mass ejections (CME) along with 19 solar flares and 11 sunspots explode on our Sun. The information was provided by the research organisation while giving a solar activity round up. Tweeting about the same, it said, “Time for the #SunDay solar activity round up! This past week 17 coronal mass ejections were observed, along with 19 solar flares and 11 sunspots. The GIF below shows a coronal mass ejection seen on August 17th.”

It can be known that NASA had earlier warned that solar events like flares and coronal mass ejections will continue to increase. The reason stated behind these events are said that as we near solar maximum – the peak of the Sun’s natural 11-year cycle – in 2025, it will start impacting lives and technology on Earth, as well as satellites and astronauts in space, according to a report by devdiscourse.com. The Sun is most active during solar maximum.

Meanwhile if you are not much aware of CMEs and solar flares, then here is what you need to know. As per the information provided by NASA, both the solar flares and CMEs involve gigantic explosions of energy, but are otherwise quite different. The two phenomena do sometimes occur at the same time, certainly, the strongest flares are almost always correlated with coronal mass ejections.

However what needs to be noted is that they emit different things, they look and travel differently, and they have different effects near planets. Both eruptions (solar flares and coronal mass ejections (CME)) are created when the motion of the sun’s interior contorts its own magnetic fields.

NASA explains, like the sudden release of a twisted rubber band, the magnetic fields explosively realign, driving vast amounts of energy into space. This phenomenon can create a sudden flash of light that is a solar flare.

Containing tremendous amounts of energy, flares can last minutes to hours. Traveling at the speed of light, it takes eight minutes for the light from a solar flare to reach Earth. Some of the energy released in the flare also accelerates very high energy particles that can reach Earth in tens of minutes.

The magnetic contortions can also create a different kind of explosion that hurls solar matter into space. These are the coronal mass ejections (CMEs). The flare is like the muzzle flash, which can be seen anywhere in the vicinity. “The CME is like the cannonball, propelled forward in a single, preferential direction, this mass ejected from the barrel only affecting a targeted area,” NASA said in a report.

According to NASA, flares and CMEs have different effects on Earth as well. The energy from a flare can disrupt the area of the atmosphere through which radio waves travel. This can lead to degradation and, at worst, temporary blackouts in navigation and communications signals.

While CMEs can funnel particles into near-Earth space. A CME can jostle Earth’s magnetic fields creating currents that drive particles down toward Earth’s poles. When these react with oxygen and nitrogen, they help create the aurora, also known as the Northern and Southern Lights. Additionally, the magnetic changes can affect a variety of human technologies. High frequency radio waves can be degraded: Radios transmit static, and GPS coordinates stray by a few yards. The magnetic oscillations can also create electrical currents in utility grids on Earth that can overload electrical systems when power companies are not prepared.