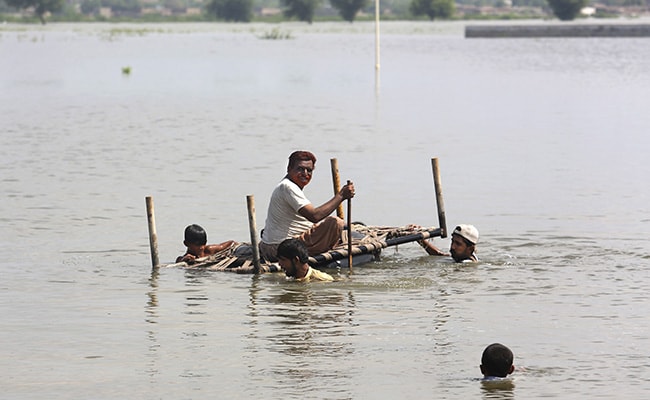 Pakistan’s catastrophic floods resulted in the death of nearly 1,300 people in the country even as relief operations continue.

Meanwhile, Pakistan government agencies and private NGOs continue with their relief operations described as a “humanitarian disaster of epic proportions”.

Aid has flowed in from a number of countries, with the first humanitarian assistance flight from France landing on Saturday morning in Islamabad, reported Geo News.

Initial estimates of the damage have been put at USD 10 billion, but surveys are still being conducted along with international organisations.

Federal Minister of Poverty alleviation and Social Safety Shazia Mari said so far 723,919 families have received the 25,000 cash relief (per family) and an amount of Rs 18.25 billion has been disbursed.

“Despite challenges, Benazir Income Support Programme rolled out its operations within no time after the announcement by Prime Minister (Shehbaz Sharif),” she wrote on Twitter.

Earlier today, in a press conference at the National Flood Response and Coordination Centre alongside military officials, Minister for Planning Ahsan Iqbal called on the international community to support Pakistan and assured the nation that the government — supported by its functionaries — would leave “no stone unturned” to bring normalcy back at the earliest possible time, reported Geo News.

Due to internal displacement, more than 500,000 people are currently living in relief camps across Balochistan, Khyber Pakhtunkhwa, Sindh, and Punjab.

The floods that have inundated a third of the country — affecting more than 33 million people — were preceded by four heatwaves and multiple raging forest fires, the disaster management chief told the high-level meeting, highlighting the effects of climate change in the South Asian nation.