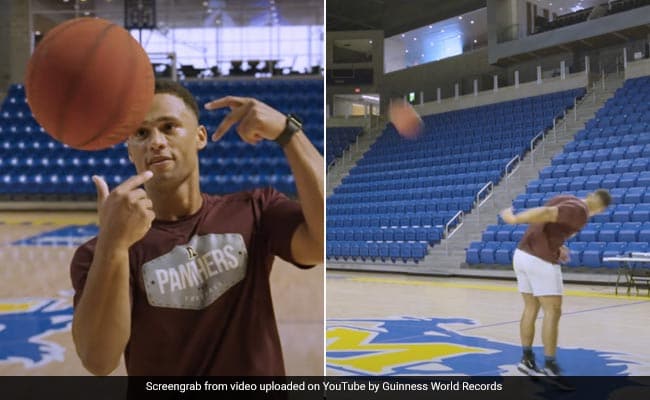 “That one drove me crazy, it was actually making me mad,” said Joshua. The man scored 95 feet for the stunning feat.

The final record achieved by Mr Walker was the farthest basketball shot made backward, he clocked up 84 feet.

Talking about his journey over the years, Mr Walker told GWR that he has been honing his skills from the age of 5. “I started playing basketball when I was probably five or six years old…played it throughout my youth and then played from 8th grade to my senior year in high school.”

He added, “Then I was fortunate enough to get to LSUS (Louisiana State University in Shreveport). [I] played there for all four years and then after that, I’m currently a coach, so kinda stayed around the game my whole life.”

Mr Walker set his first Guinness World Record with the farthest basketball shot made while sitting on the court at a distance of 64 feet, 3 inches.