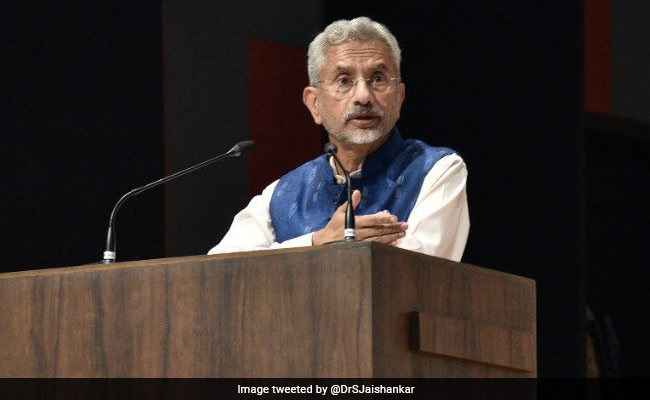 India’s independent stand on Ukraine-Russia war and the way it stood its ground when China “moved in forces” on the border in violation of agreements have been “noted” by the world, External Affairs Minister S Jaishankar said today.

Delivering a lecture on “Indian Foreign Policy: A Transformational Decade” at the Indian Institute of Management, Ahmedabad (IIM-A), he also said that by taking an independent stand on the Ukraine war, India articulated the sentiments of many other countries.

There is a lot of pressure on the countries to choose sides in such situations, he said.

“How resolute we have been, for example, when we have been challenged in border areas. Two years ago in the midst of a pandemic the Chinese moved in forces on our border violating agreements. And that we stood our ground, two years in it we are working it out without giving concessions, I think the world has noted that,” Mr Jaishankar further said.

The global community saw that India would be “both strong on the ground and vocal in terms of putting out its interests,” he added.

The way India handled the Covid pandemic and vaccinations, the emergence of digital India, its rise as a renewable energy hub, revival of the Indian economy, the way it brought back its students stranded in Ukraine and initiatives like the Swachh Bharat Abhiyaan also contributed in enhancing the country’s image, he said.

“It is important for the world to understand India correctly. India is the fifth largest economy now and we were the tenth largest economy a decade ago…a digital India, one which comes out of pandemic stronger, which (is) today among fastest growing economies, is a reality,” he said.

India has talent and capability to address “a lot of shortages in a very demographically challenged world,” and it is also a “civilization state which has its heritage, its cultures and its experience to bring in,” he said.

India is a democracy which debates its problems, can look out for its population and has “time and mind space for other people in the world” too, Mr Jaishankar said.

“That is the brand image that we have built in the last 10 years which I believe has transformed the image of the country and which I believe is work in progress but I am very confident that this work will continue,” he added.