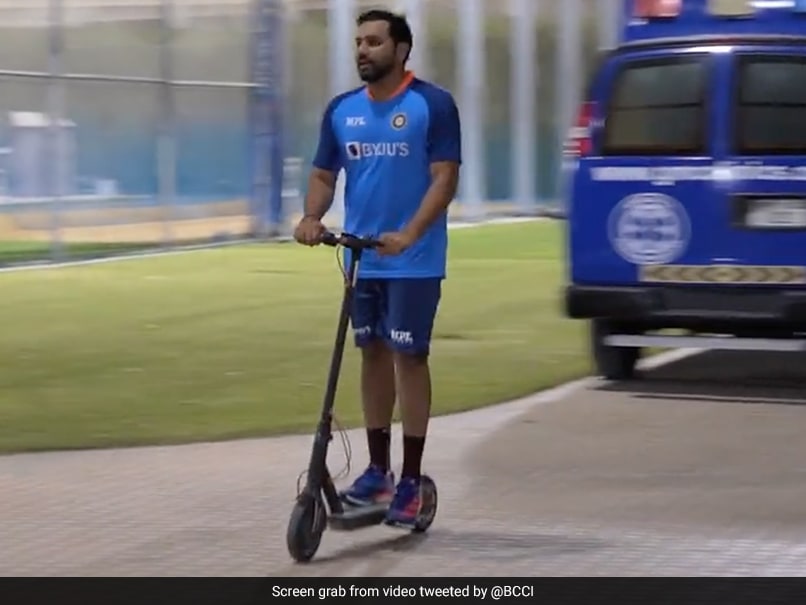 Asia Cup is just around the corner and fans are eagerly waiting for the high-voltage clash between India and Pakistan in Dubai on Sunday. Both teams have started training for the fixture and players from both camps were also seen interacting with each other on Wednesday and Thursday. After an intense practice session, India captain Rohit Sharma was seen enjoying a kick scooter ride at the ICC Cricket Academy. The official handle of BCCI shared the video of Rohit enjoying the ride.

Earlier on Wednesday, during a practice session, Rohit was seen  taking on spinners Ravindra Jadeja and Ravichandran Ashwin in the nets. Rohit was seen hitting big shots around the park.

India star batter Virat Kohli also looked a million dollars in the nets, whacking the spinners all over the park.

The former India captain, who has been struggling for runs, was rested for the series against West Indies and Zimbabwe and he will be looking to get back to big scoring form in the continental tournament.

India’s interim head coach for the tournament, VVS Laxman was monitoring the entire action as Kohli looked sharp in the nets.

India will be looking to make a winning start to the campaign when they take on Pakistan on August 28.

Both teams have a weakened bowling attack as India are without Jasprit Bumrah and Harshal Patel, while Pakistan will be missing Shaheen Shah Afridi.

India have won the last two editions of the Asia Cup, and are also the most successful side in the tournament, having triumphed seven times.