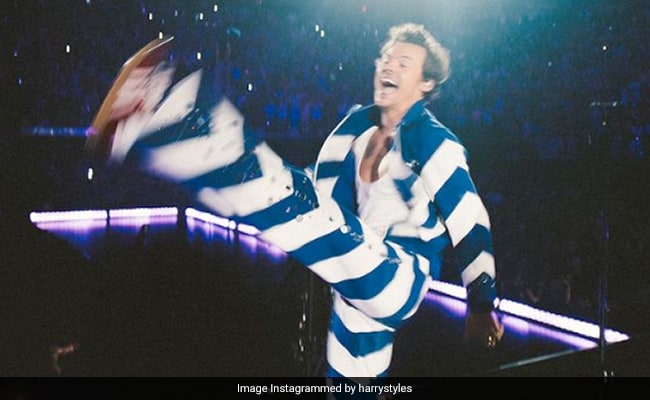 The former member of One Direction was playing the first show of his 15-night residency at Madison Square Garden in New York City when a fan caught his attention with a handwritten sign. According to ET Canada, the sign read, “Dear Harry Styles, my ex called after seven years – what do I do?”

A video, shared on YouTube by user Josilyn Ferreira, showed Mr Styles asking the fan, identified as Ingrid, how long her relationship lasted.

Amid screams, the fan said that they only dated for a year and that his name was Josh, and that he was a nice guy. The British singer then scoffed and said, “It’s always Josh, isn’t it? Can I call Josh?” Mr Styles also asked her why they broke up, to which the fan coyly explained that it was due to “many reasons”.

Viral Video | Video Of Ram vs Punching Bag Goes Viral Again. Have You Seen It Yet?

Ingrid then went on to hand over her phone to Mr Styles. The singer told the crowd “can I get some quiet please” as he dialled Josh’s number.

“They’re gonna love you for who you are. Josh? It’s never Josh,” he added.

Since being shared, the video has surfaced on several social media outlets. Internet users were left heart warmed by the star’s sweet gesture.

One user wrote, “You are brilliant Harry baby.” Another said, “Just when you think you couldn’t love him anymore.”

“This is absolutely gold,” said third. “He hung up? Don’t get back with him,” commented fourth.