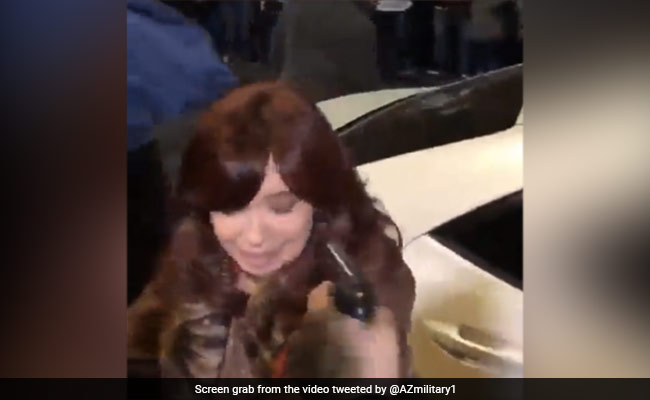 Cristina Kirchner is the Senate president and enjoys parliamentary immunity.

A man was arrested in Argentina on Thursday for pointing a gun at Vice President Cristina Kirchner, security minister Anibal Fernandez said.

Several television channels broadcast footage of the man aiming a gun at the vice president’s head from close range as she was getting out of the car that was taking her home in Buenos Aires.

— The gun notoriously failed on the last moment pic.twitter.com/JgmUlNuP2Q

Hundreds of activists have gathered since last week in front of the home of Kirchner, who is accused of fraudulently awarding public works contracts in her stronghold in Patagonia.

Prosecutors have asked that the ex-president, who ruled from 2007 to 2015, face 12 years in jail and a lifetime ban from politics.

Kirchner is the Senate president and enjoys parliamentary immunity.

Even if convicted — the verdict is expected at the end of the year — she would not go to prison unless her sentence was ratified by the country’s Supreme Court, or she loses her Senate seat at the next elections at the end of 2023.