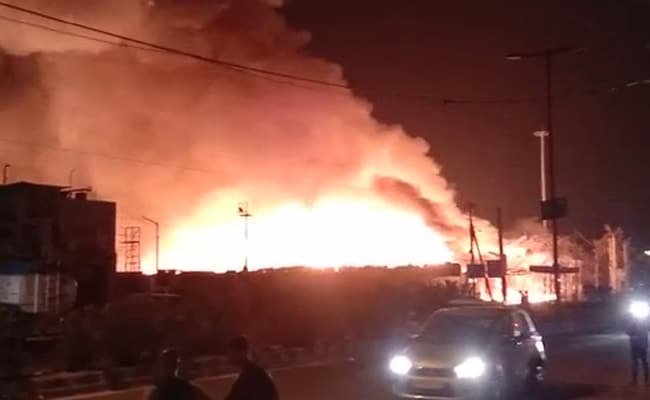 No casualties have been reported in the incident.

Fortunately, there are no reports of any casualties in the incident, probably because the fire broke out late at night.

The Delhi fire department received a call around 1 am and as many as 25 fire engines were rushed to the spot to bring the tall flames under control. It took an hour-and-a-half for firefighters to put off the fire.

Visuals showed tall flames engulfing the wedding tent and a cloud of smoke rising up to the sky. Passers-by are seen standing on the adjoining road and looking at the massive fire.