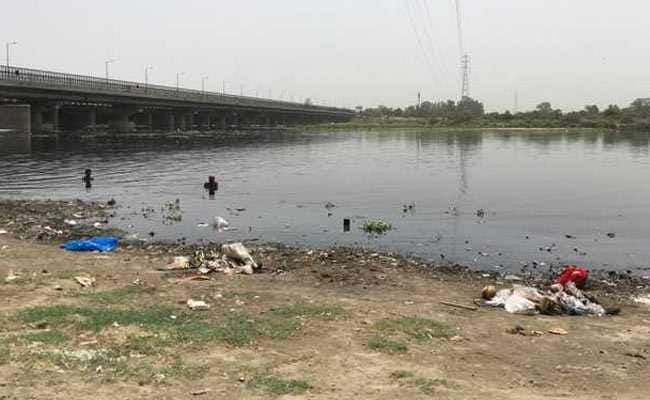 It is shocking to note the data relating to the water quality of Yamuna, said NGT. (File)

The National Green Tribunal (NGT) has shown its displeasure with the authorities for not maintaining the cleanliness of Yamuna river in spite of the clear roadmap and directions of the Tribunal.

The NGT stated that “It remains a matter of concern that authorities should not be able to maintain clean river flowing in the Capital of India in spite of a clear roadmap for its rejuvenation and clear directions of Tribunal.”

Hearing an application against pollution of River Yamuna, the Tribunal said, the Chief Secretary of Delhi is required to ascertain the latest factual position and give his report by email within two months with an explanation of why coercive and penal measures are not taken in terms of fixing accountability for the such blatant failure of the authorities in protecting the water quality of river Yamuna, which is a tributary of Ganga, by preventing discharge of pollution.

“It may also be necessary to seek similar reports from Haryana and Uttar Pradesh. The reports of Chief Secretaries may be in a consolidated manner in the light of inter-departmental review and ground realities,” said the Tribunal.

The bench, headed by NGT chairperson Adarsh Kumar Goel, in an order passed on August 31, 2022, said, “How the continuing loss to the environment and public health should be ignored is beyond anyone’s comprehension. It is shocking to note the data relating to the water quality of river Yamuna and the pollution load posted by DPCC on its website depicting that drains remain un-trapped even after a year of the last order. This shows an utter lack of adequate action and monitoring by higher authorities.

Delhi, Haryana and UP have to review the situation at higher levels and take remedial action, it said. They may place factual status on progress made in the last one year, whether the higher authorities are satisfied with the same, if not, further plan of action with timelines and fixing accountability, the extent of sewage and trade effluents being still discharged, it added. Based on these reports, the Tribunal may have to fix accountability of concerned authorities and financial liability for compensation for environmental damage.

Earlier, the Tribunal noted a media report that the pollution in the Yamuna has worsened with the faecal bacteria level being at a record high of 14 times than what existed three months ago. This has been revealed by the December 2021 water quality status report by the Delhi Pollution Control Committee (DPCC). When the river enters the city, dissolved oxygen (DO), biochemical oxygen demand (BOD) and faecal coliform are within the permissible limits.