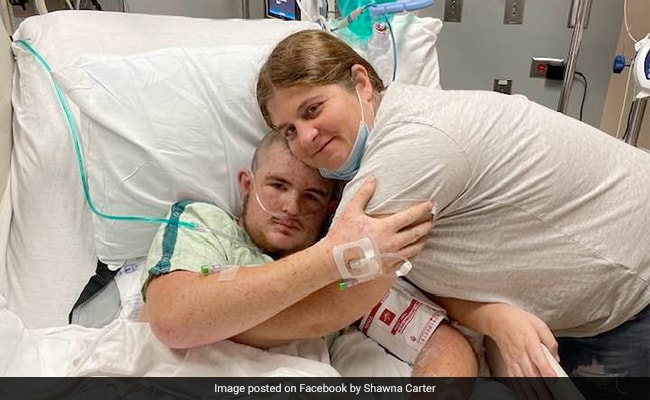 A young man in the US state of Ohio is on life support after being stung by bees thousands of times, according to his family and local media.

Austin Bellamy, 20, was in a medically induced coma Tuesday night, after he accidentally cut into a beehive while doing tree work for a friend, Fox 19, a local media outlet, reported.

Bellamy “is in the hospital currently on a ventilator,” his mother Shawna Carter said on an online fundraiser page she launched to pay for his medical expenses.

On Friday, Bellamy was trimming lemon tree branches when he inadvertently cut into a hive of African killer bees and was stung more than 20,000 times, according to Carter’s fundraiser statement.

“When he started cutting them (the branches), that’s when the bees came out, and he tried to anchor himself down, and he couldn’t,” Bellamy’s grandmother Phyllis Edwards told Fox 19. “He was hollering, ‘Help! Help me! Help!’ And nobody would help him.”

His family watched the episode unfold from the ground but could not come to his rescue because they also came under attack.

“I was going to try and climb the ladder to get to Austin… but I couldn’t get to him because I was surrounded in bees,” Edwards was quoted as saying.

Carter, who wasn’t present during the incident, fainted when she was told about it over the phone. She said Bellamy also ingested some 30 bees, which took doctors more than a day to remove.

“He had bees inside of him, and they suctioned bees out of him until Sunday morning,” she told Fox 19.