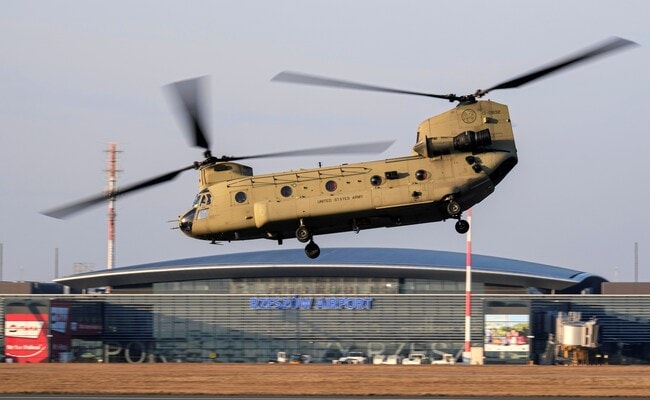 With two rotors, Chinooks can carry heavy loads and are well-armed for combat situations

The US Army has grounded its fleet of workhorse H-47 Chinook helicopters, an icon of US wars from Vietnam to the Middle East, after several experienced engine fires, the Army said Tuesday.

The move will leave some 400 of the well-armed, heavy-duty Chinooks out of service owing to what engine-maker Honeywell described as “suspect O-rings” used in some of the aircraft that did not meet its specifications.

“The Army has identified the root cause of fuel leaks that caused a small number of engine fires among an isolated number of H-47 helicopters and is implementing corrective measures to resolve this issue,” said Army spokeswoman Cynthia Smith.

“While no deaths or injuries occurred, the Army temporarily grounded the H-47 fleet out of an abundance of caution, until those corrective actions are complete,” she said in a statement.

The Chinooks, originally known as the CH-47 and in service across the US armed forces as well as in Britain and nearly 20 other countries, are made by Boeing.

With two rotors, the helicopters can carry heavy loads and are well-armed for combat situations.

They are frequently used in disaster relief missions as well.

Earlier this year Germany announced it would buy 60 of the aircraft.

Argentina and the Philippines are also lined up to buy some instead of Russian-made helicopters.

Honeywell said it was not responsible for the problematic O-rings but did not identify where they were manufactured or who installed them.

“The US Army and Honeywell were able to validate that none of the questionable O-rings originated or were part of any Honeywell production or Honeywell-overhauled engines,” the company said.