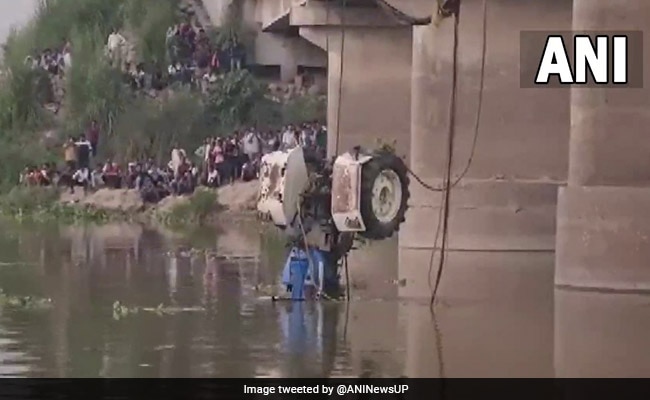 Flood unit teams have been deployed for rescue operations.

One person was killed and fourteen people have been rescued while five are still missing after a tractor-trolley carrying 24 people fell into the Garra river in Hardoi on Saturday, said police.

According to Hardoi District Magistrate (DM) Avinash Kumar, the victim has been identified as Mukesh.

“As per the information received, 20 people have been reported to have fallen with the tractor-trolley into the Garra river. Of them, 14 people have survived and one body of a Mukesh has been recovered; a search is on for five missing people,” Mr Kumar said.

“NDRF, SDRF and PAC’s (Provincial Armed Constabulary) flood unit teams deployed. The trolley and tractor have been recovered. Efforts are to complete all proceedings as soon as possible and recover any missing persons. The operation will continue till everyone is rescued,” Hardoi DM said.

Farmers living in Begrajpur village of Palli villages were returning after selling produce at nearby mandi after one of the tractor wheels came off on the Garra river bridge in the Pali area.