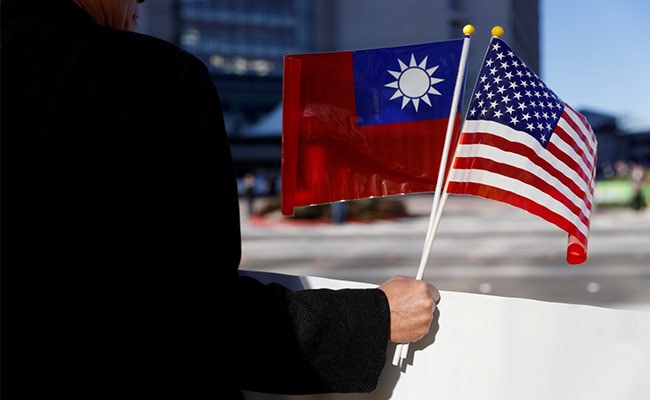 Chiu is also planning to meet US officials, the council added. (Representational)

The head of Taiwan’s China-policy making Mainland Affairs Council will visit the United States to meet officials and speak at think-tank events to help garner international support for the island, his department said on Friday.

China, which claims Taiwan as its own territory against the strong objections of the democratically elected government in Taipei, launched military drills near the island after U.S. House of Representatives Speaker Nancy Pelosi visited in early August, and those exercises have continued.

The Mainland Affairs Council said its minister Chiu Tai-san would speak at the Brookings Institution think-tank on Sept. 6 and an event the next day it has co-organised with the Center for a New American Security.

This is the 13th year it has held academic events with US think-tanks, and such exchanges “help to convey our policy positions and win international support”, the council added in an emailed statement.

Chiu is also planning to meet US officials, it added, without giving details.

China’s actions against Taiwan have increased tensions and alarmed the international community, the council said.

“Taiwan is a responsible party in the region. We are calm and not impetuous, rational and not provocative, but we will not shirk,” it added.

“We will firmly defend national sovereignty and security, adhere to the line of the defence of democracy and freedom, and strive to maintain the peaceful status quo in the Taiwan Strait.”

The United States has no formal diplomatic relations with Taiwan but is bound by law to provide the island with the means to defend itself.

China has never ruled out using force to bring Taiwan under its control.

Taiwan’s government says the People’s Republic of China has never ruled the island and so has no right to claim it, and that only its 23 million people can decide their future.