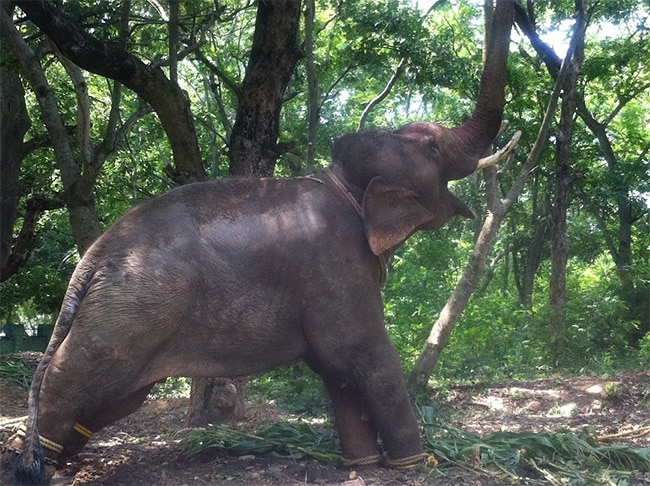 Sunder, the ‘beautiful’ elephant, has died. He suffered a short illness before his death Friday night at the Bannerghatta Biological Park near Bengaluru.

But who was this elephant? And why would his passing be noticed more than that of any other of these magnificent giant animals?

Sunder had gone viral about a decade ago, but for horrific reasons. In 2013, a video surfaced online of the young temple elephant being abused by his mahout in Maharashtra. A campaign was started to free him to a better life — it caught the attention of animal-loving international celebrities, like the musical legend Paul McCartney, actor Pamela Anderson, and, closer home, Amitabh Bachchan.

It took a while to rescue Sunder, in an effort led by the animal welfare group, PETA, People for the Ethical Treatment of Animals. But finally he was on his way to his new home at the Bannerghatta Biological Park. 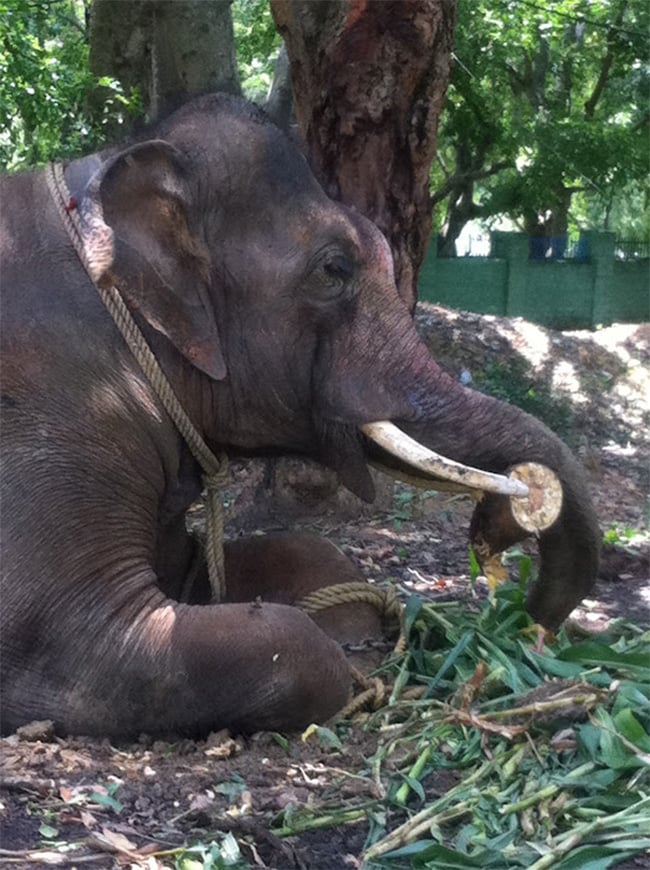 Sunder’s journey out of captivity took a while.

It was a long journey by truck — almost 700 kilometres from Kolhapur to Bannerghatta — but those who were with him said he enjoyed it nonetheless. Freedom is beautiful, after all.

The vet who accompanied him, Dr Sunil Kumar, said the biggest concern for the elephant’s health was a swelling on his leg, caused by years of continuous chaining.

Dr Manilal Vaniyatte of PETA said then, “We had to take breaks in between. Sunder too enjoyed the journey. Bannerghatta Biological Park has been kind enough to take him as a new resident. He has 13 other elephants for company.”

NDTV then visited him in early June of 2014. He was still chained to a tree, but for good reason. The authorities felt the giant needed time to adapt to his new environment, especially after the stress of the long road journey. His trunk was constantly probing the tree above him, exploring his new environment. He had an elephantine feast around him — sugarcane and jackfruit. 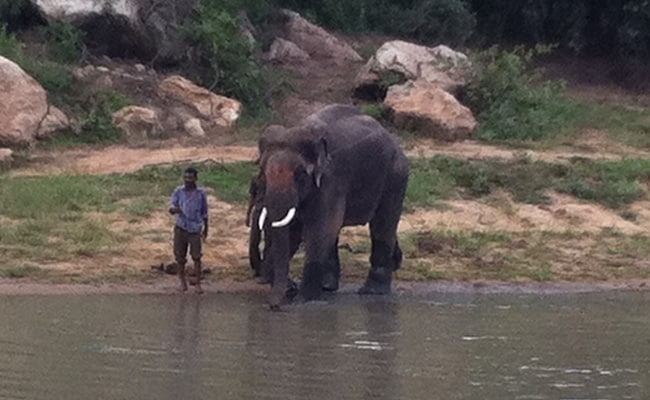 Sunder took baby steps back into the wild.

And he wrapped his trunk around the big fruit as he tried to manoeuvre it into his mouth. This was a huge change from the shed in which he’d been kept and abused by his mahout.

Two other trained elephants approached with their mahouts to help take Sunder to another temporary residence within the park. Both those tuskers were much bigger than young Sunder and he reached out his trunk as they came closer.

They were perhaps the first other elephants he had seen in years.

The then director of Bannerghatta National Park, Range Gowda, told NDTV, “We have given an undertaking and will maintain him for the rest of his life now. But it will take a few months before he recovers fully.”

A month later, in July, we went again to Bannerghatta to see how Sunder was getting on. Our destination within the Park was different this time.

Instead of the tree to which he had been tied on his arrival, we went to a lake within the forested area. And there he was — walking free; approaching the water; then entering the lake with sure-footed confidence; all this time accompanied by a group of his large new friends. He still had an enclosure, but was allowed to walk out of it to spend time with the other elephants. He apparently had a girlfriend too — a rather attractive female elephant, Lakshmi. Or at least that’s how the staff saw their relationship. He made a girlfriend too — or at least that’s what the staff thought.

It was a delight, that cloudy monsoon day, to see Sunder and Lakshmi and their companions in the water. Sunder was finally home.

His life, ultimately, was not a long one by elephant standards. Medical estimates said he was in his 20s.

The press release from the Park said he suffered colic (abdomen) pain first on August 23. Ulcers had developed two days later.  “He showed slight signs of improvement and treatment was continued. However, Sunder stopped responding to the treatment eventually and passed away on 26/08/2022 at 9.30pm,” it read.

The young elephant whose torture caught the attention of so many — and who raised awareness about the often pathetic condition of captive elephants — at least had eight good years of relative freedom.

Goodbye, Sunder. You saw the worst and the best of how human beings treat animals, with whom they share this planet.