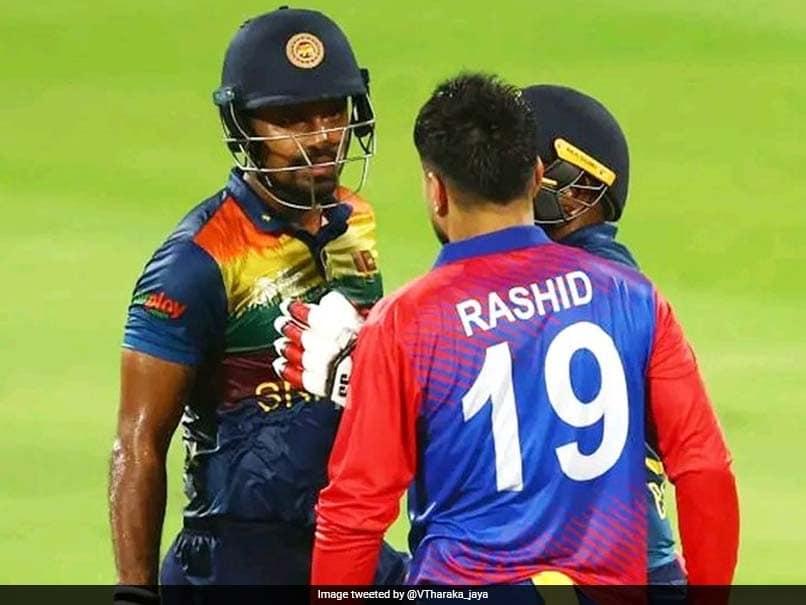 The ongoing edition of the Asia Cup is witnessing cut-throat competition and it is living upto the hype as the matches are doing down to the wire. With some thrilling matches to many heartfelt moments, cricket fans are getting to witness all the emotions. Cricket has always been a sport which has also showcased many on-field rivalries and heated arguments between the players, due to the intensity of the game. One such incident took place on Saturday, during the Asia Cup, Super 4 clash between Afghanistan and Sri Lanka, where spinner Rashid Khan was seen getting involved in an altercation with batter Danushka Gunathilaka.

Batting first, Afghanistan had set a target of 176. In the 17th over of innings, Sri Lanka’s score was 145/4, with Gunathilaka and Bhanuka Rajapaksa on the crease. Rashid came to bowl the over and got hit for a four on the very first ball. It was then, when the star spinner of Afghanistan and Gunathilaka were seen exchanging some heated words and getting into an argument. Rajapaksa had to intervene and the situation was brought under control.

Interestingly, Rashid was able to win the contest as in just three balls as he bowled out Gunathilaka, and showed him the way to the dugout.

Coming to the match, Kusal Mendis‘ fiery start and a key lower-order knock by Bhanuka Rajapaksa powered Sri Lanka to a four-wicket win over Afghanistan in their Asia Cup Super 4 contest on Saturday.

Set 176 for victory, Sri Lanka leaned on an attacking 62-run opening stand between Pathum Nissanka (35) and Mendis (36) to achieve their target with five balls to spare at Sharjah.

Afghanistan’s bowlers got regular wickets to dent Sri Lanka’s middle-order but Rajapaksa’s 31 off 14 balls and a quickfire 16 not out from Wanindu Hasaranga helped them achieve the highest chase at the desert venue.