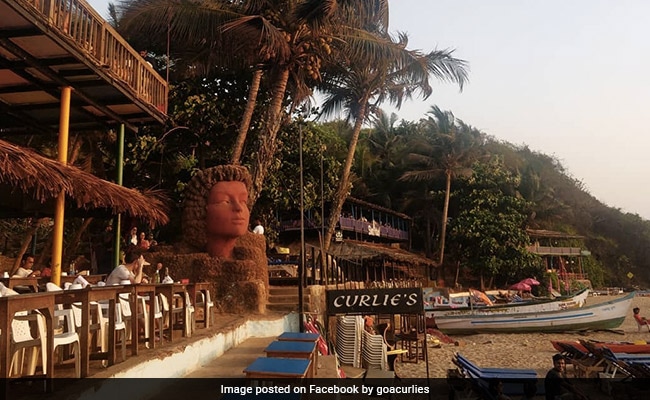 The restaurant on Goa’s famous Anjuna beach, where Haryana BJP leader Sonali Phogat had visited before coming back to her hotel and complaining of uneasiness, was in the limelight 14 years ago when a British teenager had died.

Sonali Phogat (42) had visited ‘Curlie’s’ restaurant on Monday night and was brought dead to the St Anthony Hospital in Anjuna in North Goa district from her hotel on August 23 morning.

Her death, earlier suspected to have been caused by a heart attack, is now being treated as a murder and two of her associates have been arrested by the Anjuna police.

The restaurant had hit the headlines during investigations into the death of British teenager Scarlett Eden Keeling in 2008.

The mother of Keeling had then claimed her daughter said she had visited ‘Curlie’s’ just before coming to the place where she was sexually assaulted and left to die on the beach.

“From the evidence on record it appeared that Scarlett Keeling was taken to Curlie’s prior to her arrival at the Lui’s Shack where she finally died,” advocate Vikram Varma, a lawyer who represented the Scarlett’s mother, Fiona Mackeown, told PTI on Thursday.

He said the evidence also revealed “she could have already been intoxicated with dangerous narcotics prior to arriving at Lui’s Shack.” Now, the restaurant is again in news following the death of Sonali Phogat, who hailed from Hisar in Haryana and found fame on TikTok, the popular video hosting service now banned in India.

Sonali Phogat’s nephew Mohinder Phogat has claimed she was taken to Curlie’s by the two arrested accused, Sudhir Sagwan and Sukhwinder Wasi, on the fateful night.

“She was told there is a man from Haryana who is working in Curlie’s whom they wanted to meet,” he said.

Mohinder Phogat said Sonali Phogat went straight to her hotel room from Curlie’s before being taken to the hospital the next morning.

After arriving at the hotel, the 42-year-old Haryana politician had complained of uneasiness, he said.

When contacted, the owner of Curlie’s, Edwin Nunes, confirmed Sonali Phogat had come to his restaurant along with others.

“No one from our staff knew them. They were like normal customers for us,” he said.

Nunes said he was questioned by the Goa police over Sonali Phogat’s presence at his restaurant after her death.

“I have told the police they were just like any other customers to us,” he added.

Sonali Phogat had arrived in Goa on August 22 accompanied by her associates Sudhir Sagwan and Sukhwinder Wasi.

The Goa Police on Thursday pressed a charge of murder against the two associates after a post-mortem report mentioned there were “multiple blunt force injuries” on the body of Sonali Phogat.