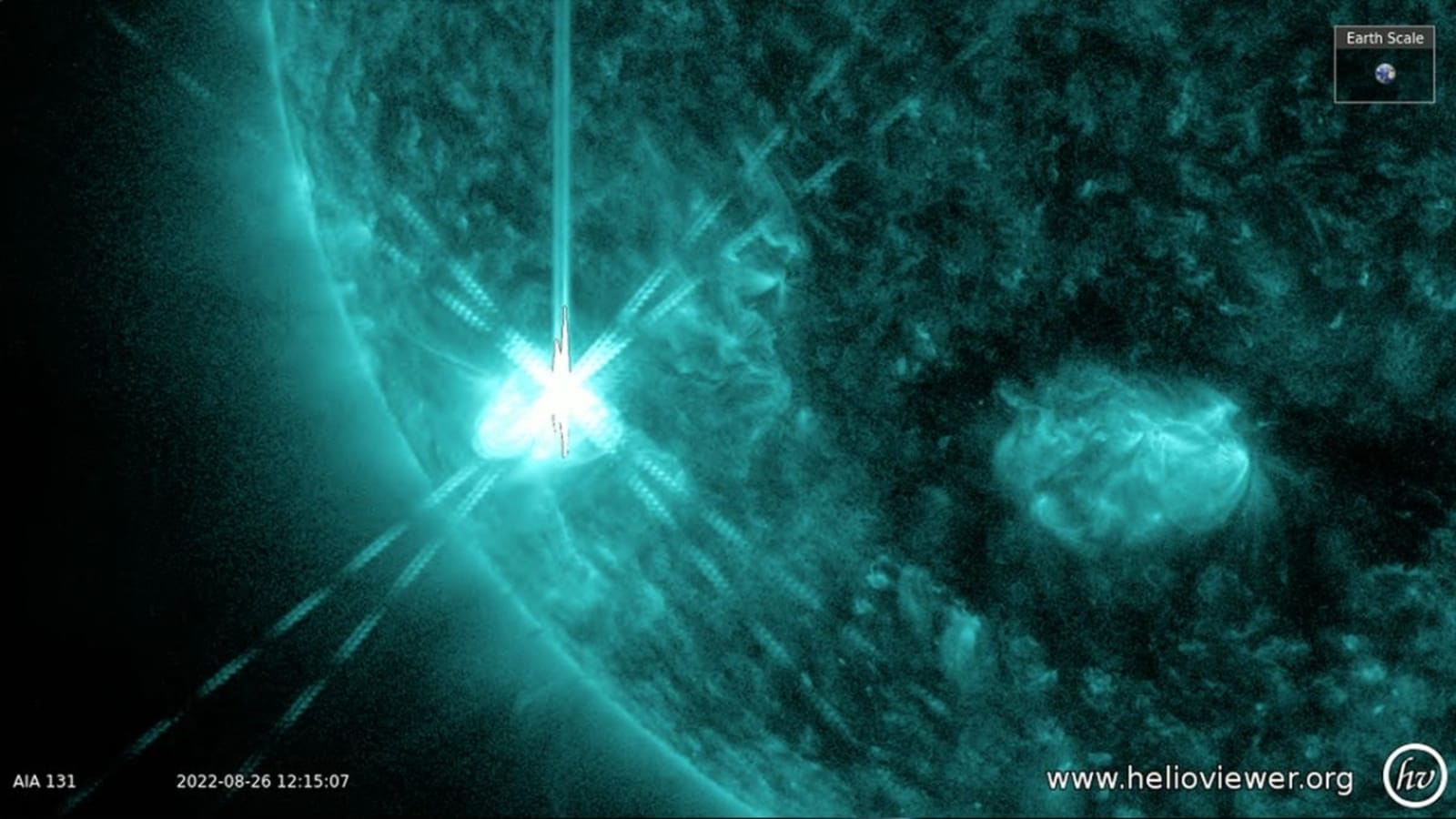 A recent solar storm has resulted in the formation of stunning auroras which were captured from Earth as well as from space.

Solar storms have been a frequent occurrence these past few months due to the Sun being at the peak of its 11-year solar cycle. Another batch of solar flares were sent hurtling towards the Earth from a sunspot on August 26, Friday. Spaceweather.com said in a statement, “Sunspot AR3089 is crackling with a series of intensifying M-class solar flares.” A huge solar flare was observed at 7:16 a.m. EDT, causing radio blackouts in Africa and Europe, according to NASA’s Solar Dynamics Observatory.

What are solar storms?

Nasa says, “Solar storms are a variety of eruptions of mass and energy from the solar surface. Flares, prominences, sunspots, coronal mass ejections are the common harbingers of solar activity, as are plages and other related phenomena seen at other wavelengths. They all involve sudden releases of stored magnetic energy, which accelerates the hot gases near the surface or in the corona of the Sun. Sometimes these particles make it all the way to the Earth and beyond by flowing along the Sun’s magnetic field into interplanetary space. When the material collides with the Earth’s magnetic field and trapped radiation belts, it can dump particles into our upper atmosphere to cause the Aurora. The same ‘charged’ particles can produce their own magnetic fields which can modify the Earth’s magnetic field and affect compass readings. The changing magnetic fields can also ‘induce’ electricity in long pipelines, or produce electrical surges in our power grids leading to brown outs and black outs.”

When a solar flare hits the Earth, the radio communications and the power grid is affected when it hits the Earth’s magnetic field. It can cause power and radio blackouts for several hours or even days. However, electricity grid problems occur only if the solar flare is extremely large.

On the other hand, solar storms cause an extremely beautiful night-sky phenomenon known as Auroras or Northern Lights, which attract astronomers, sky watchers as well as others with stunning streaks of colour across the night sky.

The frequency of solar flares is set to increase in the coming years as the Sun reaches the peak of its solar cycle, likely to be around 2025.