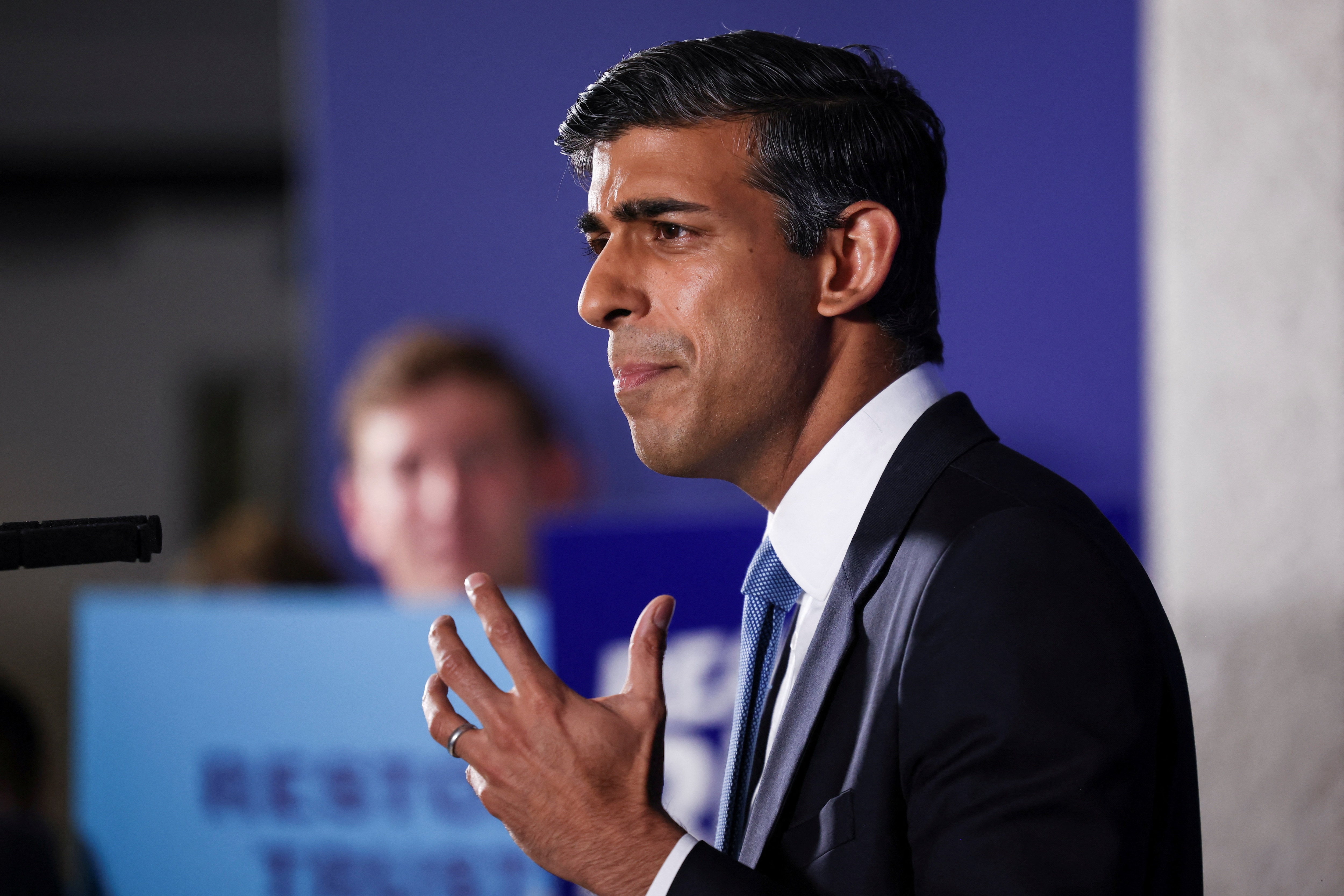 Rishi Sunah has been under UK media scrutiny for ‘privileged’ upbringing.

Rishi Sunak, one of the two finalists to take charge as Conservative Party leader and British Prime Minister, said on Monday that the “hard work and sacrifice” of his parents helped provide a better future for him and added that those are the “values that I will champion as the prime minister”.

“I’m standing here because of the sacrifice and love of my parents. They worked day and night, saved and sacrificed to provide a better future for their children,” the Indian-origin politician said during a debate with rival Liz Truss, the UK’s foreign secretary.

The 42-year-old former Chancellor, who has been under media scrutiny for ‘privileged’ upbringing, shared about the struggle faced by his family after they immigrated to the United Kingdom 60 years ago.

While his father was a family doctor in Southampton on the southern English coast, his mother ran a local pharmacy.

“My family immigrated here 60 years ago. My mom ran a local chemist at Southampton. That’s where I grew up delivering medicines. I worked as a waiter at an Indian restaurant down the road. I am standing here because of the lover, the hard work and the sacrifice of my parents and the opportunities they provided to me, and that’s why I want to be the Prime minister because I want to show everyone that your children and grandchildren had the opportunity that I had. Those values of hardwork and aspirations, those are conservative values and those are exactly the values that I will champion as the prime minister,” he said.

“I’m standing here because of the sacrifice and love of my parents.”

Rishi Sunak tells #BBCOurNextPM how he will champion hard work and aspiration as PM. #Ready4Rishi Sign up at https://t.co/3cXn1rFhcapic.twitter.com/PSQLVZzc4X

Rishi Sunak worked as a waiter in a local Indian restaurant, before progressing to Oxford and then Stanford University in California.

This is not the first time Mr Sunak, 42, tried to highlight the importance of family in his life.

“Family means everything to me. So grateful to have the support of my family,” Rishi Sunak had said after the high-voltage event in Grantham, the birthplace of former prime minister Margaret Thatcher, where he was joined by his wife and two daughters.

In India, Mr Sunak has been better known through his wife Akshata Murty, the daughter of billionaire co-founder of Infosys Narayana Murthy.

Mr Sunak was barely known to the British public when Johnson made him chancellor, after only five years in Conservative politics.

He was the first person born in the 1980s to hold one of the so-called four great offices of state: prime minister, chancellor, foreign secretary and home secretary.

Mr Sunak swears his oath of allegiance as an MP on the Bhagavad Gita. Theresa May gave him his first job in government in January 2018, making him a junior minister for local government, parks and troubled families.

With inputs from AFP