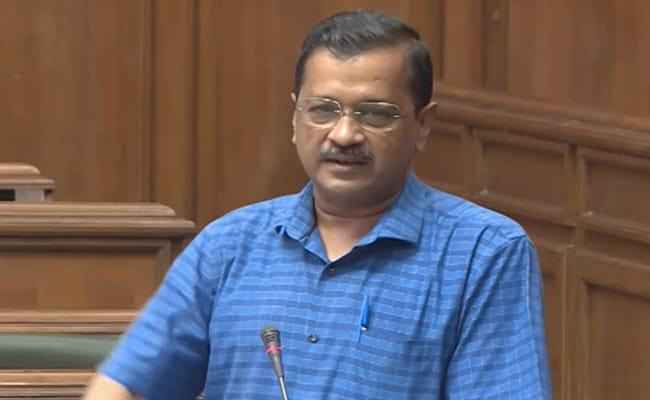 He said the CBI couldn’t find a single penny during raids at Manish Sisodia’s residence.

AAP national convenor and Chief Minister Arvind Kejriwal attacked Prime Minister Narendra Modi in a speech in the Delhi assembly on Friday and alleged the recent raids by probe agencies against Delhi ministers are linked to the polls in Gujarat.

Mr Kejriwal also said he will bring a confidence motion in the Delhi assembly to prove no AAP MLA has defected.

“The BJP’s fortress in Gujarat is under threat and is crumbling now. ED, CBI raids on us are due to the upcoming polls in Gujarat,” he alleged.

“Vested interests are now trying to topple the Delhi government. They toppled governments in Manipur, Goa, Madhya Pradesh, Bihar, Arunachal Pradesh, and Maharashtra. There is a serial killer on the prowl in the city,” Mr Kejriwal said in the House.

Addressing the Delhi Assembly in a special session, Mr Kejriwal alleged the BJP is using money collected through GST and hike in petrol and diesel prices to poach MLAs.

He claimed the BJP has bought 277 MLAs till now across the country.

He alleged Delhi Lieutenant Governor has now started a probe in “our schools. They want to stop good work being done in schools and hospitals”.