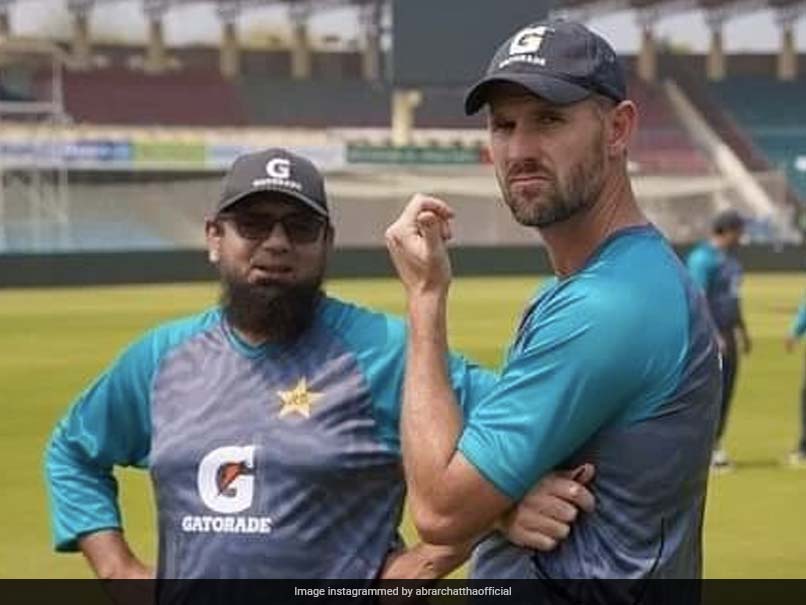 The NCA coach will join the Pakistan team on the recommendation of Saqlain Mushtaq.© Instagram

The Pakistan Cricket Board has sent a bowling coach from its national high performance centre in Lahore to assist the team’s head bowling coach, Shaun Tait of Australia in the Asia Cup, beginning in the UAE from Saturday. Umar Rasheed left on Wednesday to join the Pakistan team on the recommendation of head coach, Saqlain Mushtaq.

“One is that since Mohammad Hasnain is in the squad Umar will keep on monitoring his bowling action as he worked on correcting his action when the fast bowler was first reported for an illegal bowling action early this year,” a PCB source said.

“The idea is that Umar will act as the bridge for proper communication between Shaun Tait and the players.” Pakistan has lost its main bowler, Shaheen Shah Afridi for the Asia Cup and the seven T20 Internationals at home against England because of a lingering knee ligament injury sustained in July.

Afridi has been advised six to eight weeks rest before his injury will be assessed again.

The fast bowler is presently with the Pakistan team in the UAE because the source said the team head coach, trainer, doctor and physio all suggested that Afridi can have the best possible treatment and rehab in Dubai.

Pakistan’s pace attack in the Asia Cup is pretty thin on T20 internationals exposure as Hasnain, Haris Rauf, Mohammad Wasim junior, Shahnawaz Dahani have played a total of 66 matches between them while Naseem Shah is yet to make his T20 debut.