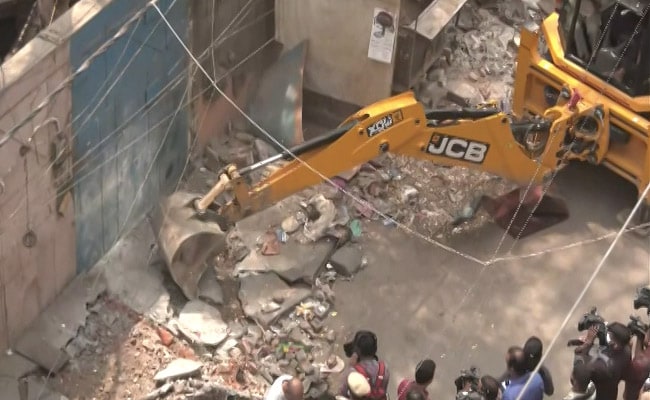 Civic body said that at least 473 illegal constructions razed this year in a massive demolition drive.

The Municipal Corporation of Delhi on Friday said it had conducted a “massive demolition drive” against unauthorised constructions in its south zone this year.

The civic body, in a statement, said, it will “intensify the demolition drive”.

The south zone has conducted a “massive demolition and sealing action drive” in different areas between January 1 and August 18 this year.

As many as 473 actions related to demolition and 157 sealing actions have been taken in this period against unauthorised properties in Said-ul-Azaib, Khirki Extension, Panchsheel Vihar, Chhattarpur, Freedom Fighter Enclave, Panchsheel Vihar, Kishangarh,Khanpur, Savitri Nagar,Gautam Nagar and Mehrauli, among other areas, the statement said.

In another statement, the MCD said its Shahdara North Zone has carried out an intensive drive against encroachment in ward number 42 E, New Usmanpur.

“About 100-150 permanent structures were removed in the area of Gautampuri, and R Block water tank to main road near Engineering College,” it said.