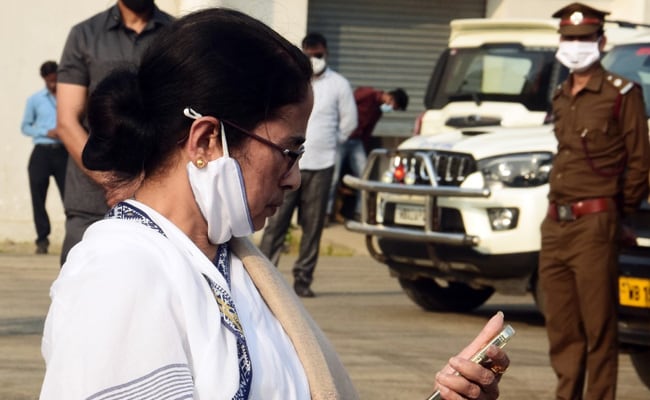 Mamata Banerjee: “RSS was not that bad. There are still people there who do not support BJP’s politics”

A veritable political ‘storm in a tea cup’ has arisen over Trinamool chief Mamata Banerjee’s assertions on Wednesday that all in the RSS were “not bad” and there are many who “do not support BJP”.

While the AIMIM, Congress and CPM on Thursday attacked her for what they saw as opportunism on Ms Banerjee’s part, the BJP said it did not need certificates from her.

The RSS, instead of commenting on her left-handed praise, pointed to Bengal’s record of political violence and asked for corrective measures.

The sharpest attack came from the Hyderabad-based All India Majlis-e-Ittehadul Muslimeen (AIMIM) chief Asaduddin Owaisi, who on Thursday said that “in 2003 too, she had called RSS ‘patriots’, (and) in turn Rashtriya Swayamsewak Sangh had called her Durga”.

Mr Owaisi, whose party failed to win a single seat including Muslim majority constituencies in Bengal in the last assembly elections where it positioned itself as opposed to both TMC and BJP, said sarcastically “hope TMC’s ‘Muslim faces’ praise her for her honesty and consistency”.

The TMC, however, tried to make light of Mr Owaisi’s remark and said the party doesn’t need to prove its secular credentials to him.

However, besides AIMIM, a host of bigger parties too commented on Mamata Banerjee’s ‘praise’ for the RSS.

Congress leader Adhir Ranjan Chowdhury on Thursday told PTI “This is not for the first time that she (Mamata Banerjee) has praised the RSS.” Ms Banerjee had allied herself with the BJP-led NDA during late Atal Behari Vajpayee’s term at Prime Minister, before distancing herself from the NDA but had a tempestuous relationship with the alliance, often attacking it over disinvestment and other issues.

He repeated Mr Owaisi’s instance from 2003, when “she had participated in a book release programme of the RSS. She had sought their support to topple the Left Front government (then).” Mr Chowdhury claimed Ms Banerjee had even before that expressed her gratitude to the Nagpur-based RSS, which is considered the ideological parent of the BJP.

“Sometimes she cajoles Hindu fundamentalists and sometimes the Muslims to get electoral dividends. Mamata Banerjee has been exposed again,” the Congress leader told PTI.

The West Bengal chief minister had in a passing remark at state secretariat function on Wednesday said, “RSS was not that bad. There are still people in the RSS who do not support the politics BJP does”.

The Communists were not far behind in pillorying Ms Banerjee. CPI(M) central committee member Sujan Chakraborty claimed that her comments vindicate the Left party’s stand that she is a “product” of the RSS.

“It is once again clear that TMC is not trustworthy in the fight against BJP,” the CPI(M) leader claimed.

The RSS, whose relations with Mamata Banerjee was the topic for political speculation, chose to ignore the praise and urged her to stop the cycle of political violence in the state.

“She has said there are some good people in RSS. We would like to tell her that there can be political differences, but does that mean (political activists should involve themselves in) killing opponents,” RSS state general secretary Jishnu Basu said.

Mr Basu claimed around 60 people have been killed in the state in post-poll violence.

BJP national vice-president Dilip Ghosh said neither the RSS nor the BJP need a certificate from Ms Banerjee.

“We don’t need a certificate from Mamata Banerjee on who is good and who is bad. It is for the people to decide. We are not answerable to her,” Mr Ghosh said.