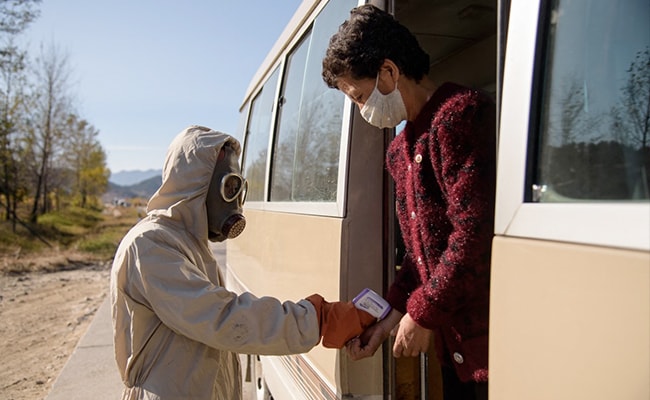 North Korea has blamed the outbreak on South Korea

North Korea said Friday that the fever cases it detected earlier this week were found to be influenza, and not a Covid-19 resurgence as initially suspected.

The state media announcement came a day after authorities said they had locked down parts of Ryanggang province — which borders China — after finding four new “fever” cases there.

North Korea refers to “fever patients” rather than “Covid patients” in case reports, apparently due to a lack of testing capacity.

The official Korean Central News Agency (KCNA) said Thursday that the new cases were “suspected of being infected with the malignant epidemic” — just two weeks after the country declared victory over Covid-19.

But on Friday, it said they were actually not Covid infections, and that the lockdown in the area had been lifted.

“All the fever cases… in Ryanggang Province were ones with influenza,” KCNA said, citing data from the state emergency epidemic prevention headquarters.

The isolated nation, which has maintained a rigid blockade since the start of the pandemic, confirmed an Omicron outbreak in the capital Pyongyang in May.

North Korean leader Kim Jong Un — who also fell ill during the outbreak — declared victory over the virus earlier this month and ordered the lifting of the country’s “maximum emergency epidemic prevention system” as officially reported cases fell to zero.

North Korea has recorded nearly 4.8 million “fever” cases and just 74 deaths for an official fatality rate of 0.002 percent, according to state media.

Experts and the World Health Organization have long questioned Pyongyang’s Covid statistics and its claims to have brought the outbreak under control.

It has blamed the outbreak on South Korea and warned of “retaliation”.