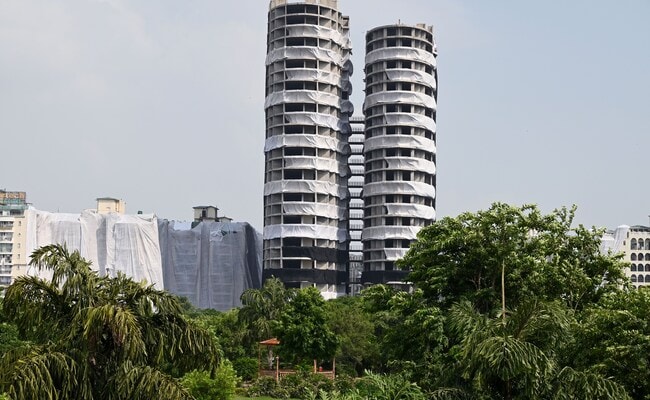 One of the towers is 103 metres tall, the other stands at 97

New Delhi:
The Supertech twin towers in Noida are set to be demolished at 2.30 pm today by a massive explosion. The area is being evacuated and arrangements have been made to ensure that adjoining structures are not affected by the explosion