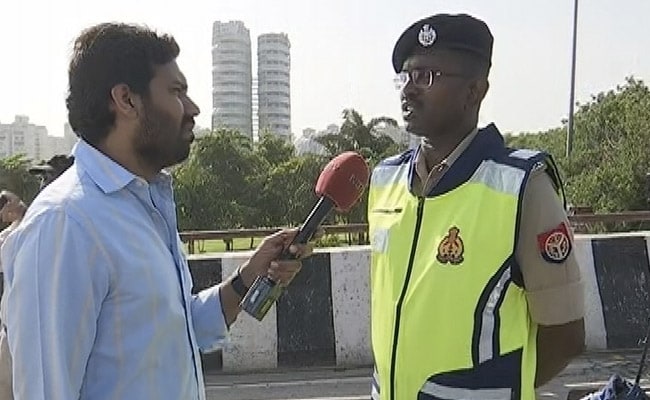 A special dust machine has been installed at the demolition site to monitor pollution levels.

Ahead of the Noida Supertech twin tower demolition at 2.30 pm today, the police have put a host of contingency plans in place to avoid any mishap.

Noida senior cop Rajesh S said all roads leading to the twin towers have been closed and a 450 metre explosion zone has been created. Additionally, seven CCTV cameras have been installed for monitoring and two National Disaster Response Force (NDRF) teams have been kept on standby.

The police have also set up a mini control room 450 metres away from the towers.

“I will be with the demolition team at the time of the blast. If there are any casualties, we have made a green corridor to shift them,” said senior police officer Rajesh S.

A special dust machine has been installed at the demolition site to monitor pollution levels following the blast. Eight fire trucks and six ambulances have been kept on standby in case of emergency.

In addition to the two NDRF teams, 560 police personnel and more than 100 from reserve forces have been deployed to assist the authorities.

According to the police, the expressway will be closed at 2.15 pm and reopened half an hour after the blast.

“People are requested to be careful when looking through windows,” said the senior cop. “After the blast, keep double masks on inside houses too.”

The two towers, Apex (32 storeys) and Ceyane (29 storeys), were found to be in violation of several regulations, following which a lengthy court battle resulted in the Supreme Court ordering their demolition.